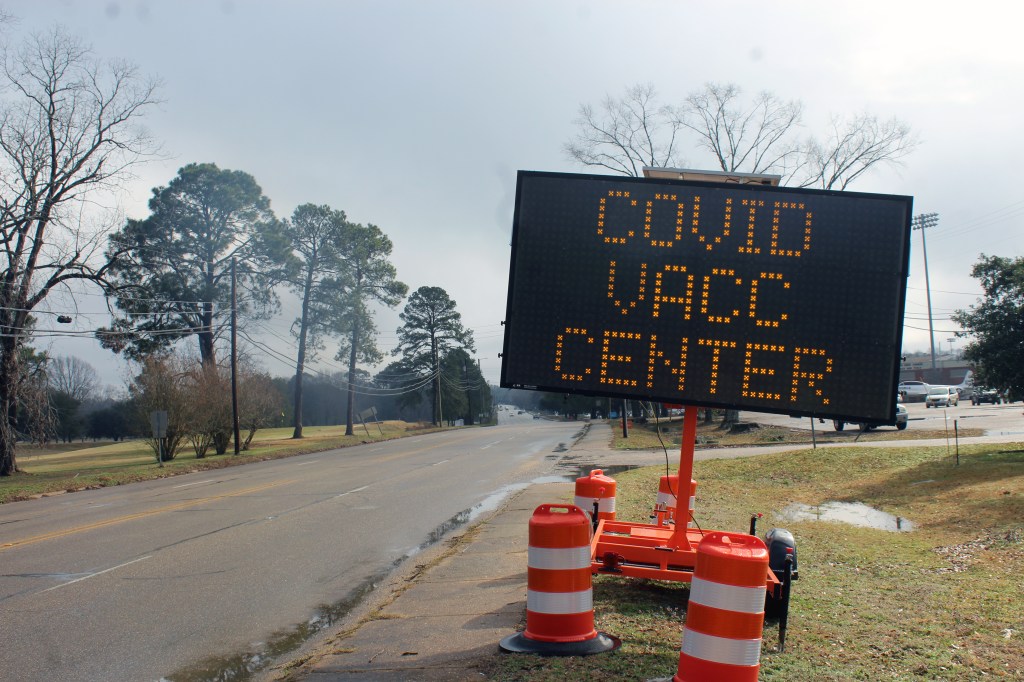 Over the past two days, VRMC Staff, the Selma Police Department (SPD), City of Selma Public Works employees and volunteers have worked together to keep the drive-through clinic running smoothly.

According to VRMC Growth and Outreach Director Maegan Austin, 1,500 doses of the Moderna vaccine were administered on Monday alone.

On Monday and Tuesday morning, Bloch Park was filled with the vehicles of Dallas County citizens eager to get vaccinated.

“I think people are worried, so they rush to get here first thing,” said Austin. “But they really don’t have to do that.”
Austin said that those who arrive first thing in the morning during the opening rush have waited as long as two-and-a-half hours for their turn to be vaccinated, but around noon, people are able to get through and get vaccinated in about 30 minutes.

“If you don’t have to be here first thing in the morning, it’s fine to come a little later,” she said.

Before the clinic had even been open an hour on Tuesday morning, Austin said 100 people had already received the vaccine, putting the team on pace to administer another 1500 doses for Tuesday.

Austin said the majority of people have arrived with vaccination forms, available at https://www.vaughanregional.com/coronavirus-covid-19, ready to go, speeding along the process greatly.

While the drive-through vaccine clinic is scheduled through Friday, VRMC Director of Physician Services Logan Cowart said VRMC only has 5,000 doses of the vaccine to administer.

If VRMC completes their goal of 1500 doses per day, then there’s a chance there will be no more vaccines by mid-day on Thursday.

“If you’re putting it off until later in the week, there’s no guarantee we’ll be here,” said Cowart.

Cowart said the drive-through clinic would be set up exactly the same March 8-12 so that everyone who receives their initial dose this week can get a second dose next month.

Once some is vaccinated at VRMC’s Drive-Through Clinic, they receive a card necessary for the next vaccination.

Both Austin and Cowart stressed the importance of hanging on to this card for receiving the second dose of the vaccine.

“You have to make sure you hang on to that card,” said Austin.

“You get a card at the end and you have to keep it,” said Cowart. “You can’t get the second dose if you don’t have it.”