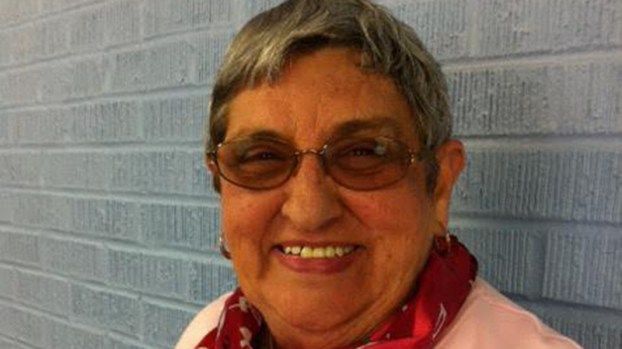 Jo Ann Bowline, who died unexpectedly last week at the age of 82 after a lengthy battle with cancer made worse by COVID-19, is being remembered for her staggering legacy of altruism, which has reached nearly every corner of the community.

Born and raised in the Selma area, Bowline left the Queen City in the late 50s, but returned years later, first taking a part-time job with Altus Bank, which closed in the early 90s, before embarking on what would be her signature role in Selma – Executive Director of Sabra Sanctuary,  a shelter for victims of domestic violence.

In the early 90s, Sabra House was an organization working with the Salvation Army, but organizers quickly realized that the outfit needed its own operation – thus, Sabra Sanctuary was launched and Susan Youngblood, along with then-District Attorney Roy Johnson’s office, began the hunt for someone to lead the organization.

Simultaneously, Johnson was searching for a receptionist – Bowline applied for the receptionist position but, according to Youngblood, Johnson quickly realized that she was better suited for a job that could put her tireless spirit to work.

Youngblood and other members of the Sabra Board met with Bowline and, in short order, she was named the new organization’s first executive director.

“She grew the program,” Youngblood said. “She saw SABRA through so many times. There were some years when a lot of the budgets were cut from the top…and there was a time when all of the funding was cut for victims’ programs…and Jo Ann worked for little or no salary for a long time.”

According to Youngblood, Bowline even lived at the shelter for a while to be on hand for those in need, while also preparing the annual budget, soliciting donations, writing grant proposals and more.

“She did everything,” Youngblood said. “Her commitment to the community at large was so great. She learned everything there was to learn about the issues. She had never worked in that field, she was just one of those people who had a natural ability.”

But Bowline was more than a hard-working advocate, Youngblood said, she was a friend.

“She became more than just a coworker,” Youngblood said. “She became such a dear friend. She was just one of a kind. She was a rare person. At an age when most people were retiring, she was just beginning. When she took the helm at Sabra Sanctuary, she really blossomed and grew in so many ways.”

Bowline worked with Sabra Sanctuary until retiring in October 2003, but she wasn’t done working for the community – shortly thereafter, Bowline took a part-time position with Healthlink, a service organization committed to providing access to healthcare services.

“Jo Ann not only worked for us, she was an advocate,” said Healthlink Program Director Kathi Needham. “She was with our program from the beginning. She was someone who caught on quickly, she was very empathetic, she could identify with the situations our patients and clients were going through. She was such an opened-arms person, she never met a stranger and, no matter what was happening, ups or downs, we went through it together.”

Like Youngblood, Needham came to befriend Bowline beyond the workplace too.

“In life, no matter what point in life you’re at, you always have a best bud,” Needham said. “As we got older, she was there for me, I was there for her. We had grandkids and shared life experiences, we laughed at politics.”

United Way of Selma-Dallas County Executive Director Jeff Cothran had the opportunity to work with Bowline on both sides of that equation, first because Sabra Sanctuary was a United Way agency and later when her Healthlink office was right next to his.

“She has just been such an integral part of what we do here,” Cothran said. “She was always a delight to work with and be around. She was funny. The amount of dedication and love she poured into everything she did was why you wanted to be involved with Joann, because you knew she was going to give 100 percent. Her dedication to her fellow man and this community – I was on the sideline watching for 28 years and I was just amazed.”

Youngblood laughed recalling her last conversation with Bowline, who was talking about her cancer treatments and said she had to get well because – at 82 years old herself – she needed to be there to help the elderly.

“She will be missed,” Needham said. “With her passing, there is a hole. She was the type of person that contributed. It’s just not going to be the same for anybody.”

Cougar Oil is once again stepping up to support the community, this time in the form of a $1,000 donation... read more