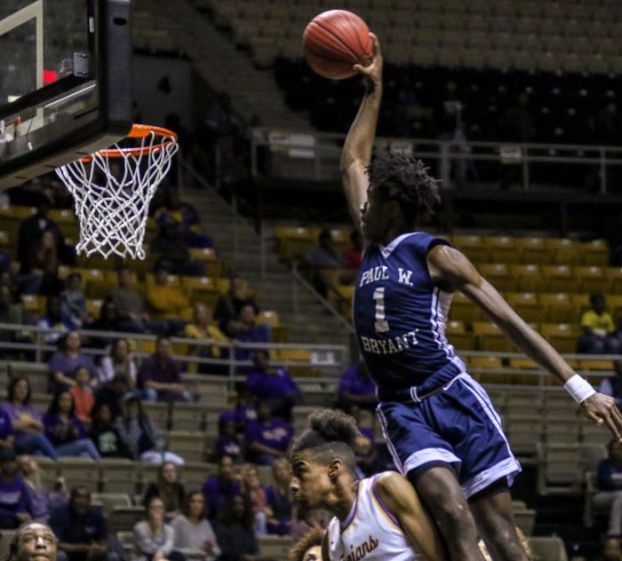 A Uniontown native will be playing college basketball at the University of New Mexico next season..

Forward Jamel King signed with the Lobos during the NCAA Fall Signing Period.

The 6-foot-8 King chose the Lobos over Alabama, UAB and Arkansas State.

“I chose UNM because I felt like it was the best choice for me,” King said. “I love the coaching staff and the fan base. I feel like I can become a better player here.

“New Mexico is a great school with a lot of resources to make me become a better player. The fans played a big role. They have been supportive and welcoming me.”

New Mexico coach Paul Weir said King will be a great addition to the Lobos’ squad next year. “Jamel is a homerun fit for our team,” Weir said. “His elite 3-point shooting ability stands out but his incredible length and athleticism make him perfect for us. He is a humble and appreciative young man and we are excited to welcome him into our family.”

King’s uncle, Erwin Dudley, is a former SEC basketball player of the year at Alabama.