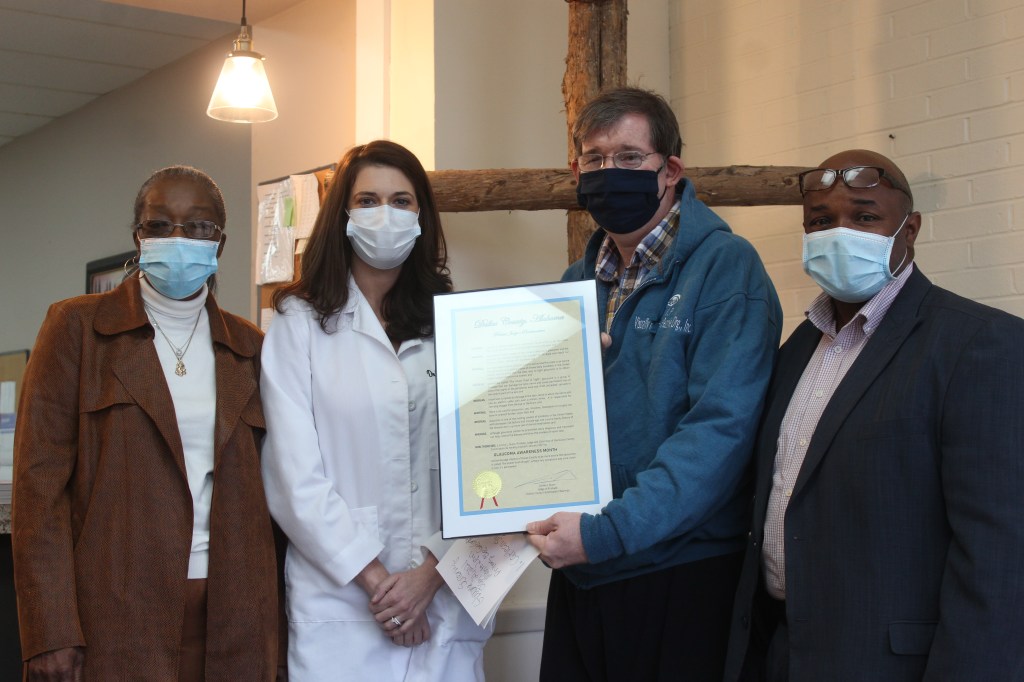 According to Primary Eye Care Center Optometrist Dr. Kristina Lovinggood, these screening are crucial in order to prevent further vision problems and even blindness.

“Glaucoma is the second-leading cause of blindness worldwide,” she said. “Many patients don’t even know they have Glaucoma because there’s no pain and really no symptoms.”

Lovinggood says that it is important for those at risk – including those with a family history of the condition, the elderly and those with existing vision problems – to be screened for Glaucoma at least once a year.

Lovinggood said she was happy to report that many people have attended Primary Eye Care Center and VIP, Inc.’s free screenings over the years and hopes they will continue to provide them in the future.

VIP, Inc. President and CEO William Bowman echoed Lovinggood’s comments about the importance of screenings.
As a “VIP” himself, Bowman spends his time informing the community of the challenges visually impaired people face and provides them with resources to make their lives easier.

Bowman said it is important to catch Glaucoma early, or the resulting loss of vision could bring many challenges.
“A lot of people don’t really think about being visually impaired,” said Bowman. “What are you going to do if you need to go somewhere? You can’t always rely on someone to give you a ride.”

Dallas County Probate Judge and Commission Chairman Jimmy Nunn and District 2 Dallas County Commissioner Vivian Rodgers stopped by the screening Monday to commend the organizations for their efforts in providing these screenings for the community.

“Glaucoma is a disease that sneaks up on you. It’s like a thief in the night and it steals your sight from you,” said Nunn. “There is no cure, but early detection is key to preventing vision loss.”

According to Bowman, City of Selma Mayor James Perkins also signed a proclamation recognizing January as Glaucoma Awareness Month but could not attend the screening to present it.