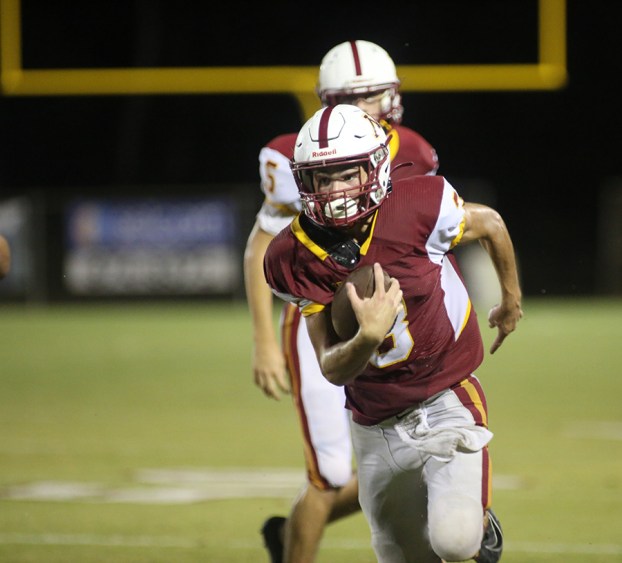 Dallas County had its strongest showing on the All-State football team in years.

Coming off a AISA state semifinal berth and Top 10 ranking, the Senators lead the way with five All-State picks.

Placekicker Wade Mason made the second team offense. Mason was 27 out of 29 on extra point attempts and made three of six field goal attempts.

Linebacker Trey Jones and punter Andrew Thomas both made the second team for the Senators.  Jones had 100 total tackles, 5 1/2 quarterback sacks,  two fumble recoveries and two caused fumbles Thomas punted 21 times for an average of 37.6 yards.

“The all-state team is such a prestigous award, that’s a great honor,” Raines said.

Southside receiver Mariyon Johnson made the Class 3A first team as athlete. Johnson had 62 receptions for 1,126 yards and 21 touchdowns. He also had 479 yards and two touchdowns on kickoff returns.

Selma athlete Jevonte Stubbs made the Class 5A second team defense at defensive back. Stubbs had five interceptions at cornerback.

At wide receiver, Stubbs had 2,515 all-purpose yards and 25 touchdowns. He had 60 receptions for 1,233 yards and 11 touchdowns, rushing 60 times for 580 yards, nine touchdowns, 702 yards and three touchdowns on kickoff and returns.

Stubbs’ numbers would’ve been stronger if not for five touchdowns being called back because of penalities.

Selma coach Willie Gandy praised  Stubbs’ big play skills. “Stubbs laid it on the line every play like he would never play again,” Gandy said. “Kid has something in him very few players have: special talent.”