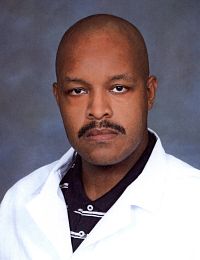 Dr. Lonnie Frank Felton was well-known for providing warmth and compassion to his patients in Dallas County.

Felton is survived by his wife Helene Felton, who would’ve celebrated their 25th wedding anniversary on Dec. 23.

“He was a great doctor and very community oriented,” Dallas County District Attorney Michael Jackson said. “It’s very sad to see such a talented person die so young. He was very well known in the community.”

But Felton’s connection to Selma began in 1982 when he moved to the Queen City. Felton attended Southside Primary School and Southside High School before graduating from Selma High in 1989.

After graduating with honors at Alabama State University in 1992 and Meharry Medical College in 1999, Felton returned to Selma and graduated from Selma’s UAB Residency Program 10 years later. He briefly had a local private practice in Family Medicine until 2006. He eventually went into Emergency Medicine at Vaughan Regional Medical Center’s Emergency Room from 2006 to 2017.

Social media was flooded with sincere comments from Felton’s former patients and co-workers as they shared their fond memories.

“He was a great man, I loved working with Dr. Felton at Vaughan Regional Medical Center on those long night shifts,” Nate Martin said.

“He had such a big heart for his patients and coworkers, but most of all, he was a friend,” Angie Cobb said. “He will be missed, lot of good memories from school and the ER.”

Leshia Smith said Felton’s compassion made him a wonderful doctor. “His compassionate nature as a doctor was so refreshing and it showed,” she said.

“When I had a seizure the first time over 17 years ago, he was the ER Physician,” Cam Holla said. “He admitted me and took care of me. From that day on, he always asked, “Classmate, are you taking care of yourself?” I grew to love him but not as much as his loving and caring wife.”

“He took care of my oldest in the emergency room and was very nice, kind and very informative about everything,” Marie Bettis said. “When I told him we’ve been knowing him for years, he treated us like family. That’s the kind of man he was.”

Selma resident Shelitha Nycole said she wouldn’t be alive if not for Felton in the late 2000’s. “Dr. Lonnie Felton. He was a great person and Lord knows he saved my life in 2007,” Nycole said.

Helene Felton said she’s overjoyed at the countless memories of Queen City residents of her late husband. She said her phone has been ringing off with condolences since he passed away.

“I wish he knew how much he touched people, but he didn’t,” Helene Felton said. “I’m very blessed to know that people loved my husband.”