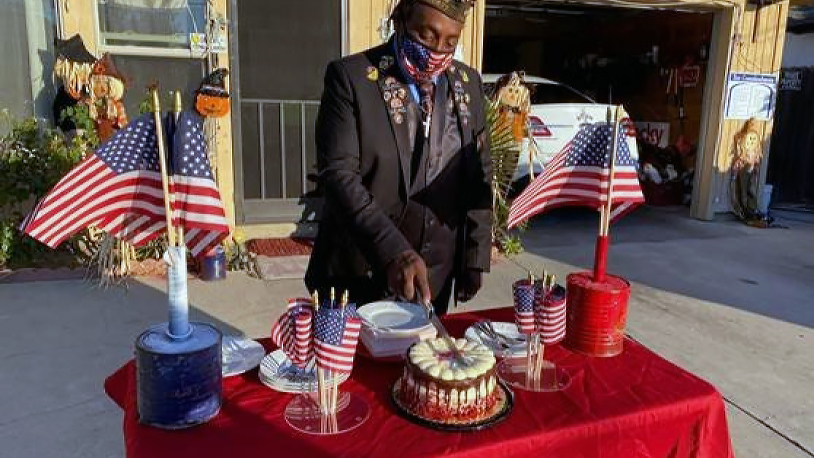 Each month, Levin recognizes a “Constituent of the Month,” a notable North County San Diego or South Orange County citizen who has “gone above and beyond to help their neighbors, [given] back to their community, and [made] the country stronger,” according to a press release from the congressman’s office.

“Chaplain Walker’s service for local veterans groups in California’s 49th Congressional District is commendable,” Levin said in a press release. “During an especially difficult time for our country as the COVID-19 pandemic swept through the nation and our community, Chaplain Walker continued to go above and beyond in helping local veterans and their families during a desperate time of need.”

Walker served in the U.S. Marine Corps between 1976 and 1988, receiving the Combat Action ribbon for his service in Saigon during the Vietnam War, and worked with Marine Corps Community Services (MCCS) for 15 years until his retirement.

“Following his retirement and feeling that his service for this country wasn’t over, Chaplain Walker made himself a fierce ally and fighter for veterans throughout North County,” Levin said in the release. “Dedicated to his convictions and supporting his fellow veterans, Chaplain Walker is especially known for visiting, calling or helping wherever he can for VFW and DAV comrades who are in nursing homes, hospitals, rehab clinics, homebound or in need of assistance. His commitment to the ministry and duties of Chaplain are beyond reproach, always there to lend a hand, offer spiritual guidance and prayer.”

Levin noted that, as the pandemic has raged, Walker continued to volunteer with the North County Food Bank, often loading his car down with food and supplies to be distributed to homebound veterans and veteran’s widows struggling from the financial downturn caused by the pandemic.

For his part, Levin said Walker, a “true American patriot,” inspired him to take a closer look at what can be done to better support the nation’s veterans.

“In order to properly celebrate Veterans Day, we must do more than offer our thanks and appreciation,” Levin said in the release. “We need to fight for the support and resources that veterans have earned and deserve, and that’s exactly what Chaplain Walker does every single day. As long as I have the privilege to serve on the House Veterans’ Affairs Committee, I will look to Chaplain Walker as an exemplary model of what it means to serve our veterans with reverence and resolve. I am deeply grateful for Chaplain Walker’s continued service to our veterans, and I am proud to recognize him as my Constituent of the Month.”