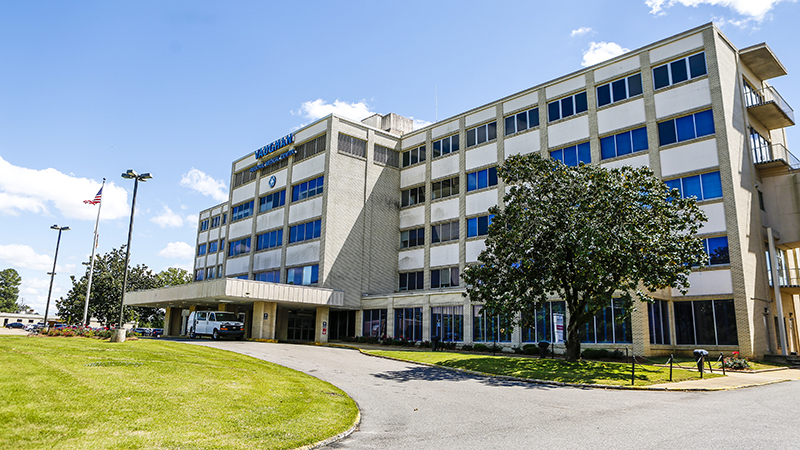 National Rural Health Day was celebrated Thursday as a way of recognizing the work of rural health providers, who serve more than 60 million people across the nation and have become even more necessary, and likewise threatened, as the COVID-19 pandemic continues to wrack the nation.

Two of Dallas County’s premier healthcare providers are Vaughan Regional Medical Center (VRMC) and the Rural Health Medical Program (RHMP), both of which have watched the COVID-19 pandemic upend operations and simultaneously make services more important than ever.

According to VRMC CEO David McCormack, rural hospitals continue to struggle, with many barely breaking even.

“Always our number one issue would be finances, just paying for what we do,” McCormack said. “The cost of providing service is going up significantly but the reimbursements are staying put. That delta between the two is getting larger and larger.”

Staffing is the second biggest issue, McCormack said, noting that “hopsitals are having to pay a premium” to get enough staff on board.

“Being in these urban and rural areas is hard,” Dozier-Smith said, noting that medical workers are often attracted to larger cities where higher salaries and other amenities are offered. “We have to be very competitive in our benefits and schedules to retain the people in our communities who go on to become nurses or [doctors]. You have to be very strategic in your approach.”

Both agreed that expanding Medicaid –  a move the majority of U.S. states have already taken under the Affordable Care Act (ACA) – would significantly improve the plight of Alabama’s rural healthcare providers.

“That would infuse some money into the state and it would help cover the cost of folks that don’t have insurance,” McCormack said. “Also, it would give them access to healthcare so they can engage their chronic diseases rather than wait for a crisis.”

But while rural healthcare providers continue to work with limited staff and resources, the need for care continues to increase.

:We’re here to take care of people and we always have a lot of sick people we take care of,” McCormack said. “The pandemic has increased that number somewhat – it’s put a little more pressure on our [intensive care unit] ICU because of ventilator utilization.”

According to McCormack, VRMC sees about 30,000 patients in its emergency room each year, admits roughly 7,000 patients for in-house care and performs more than 4,000 surgeries.

Dozier-Smith said RHMP, which deals exclusively with under- and uninsured patients, has seen a heightened need for help as well and implemented a series of programs to make sure care was available.

Not only did RHMP launch pop-up clinics to provide communities with resources and assistance and start telehealth visits, Dozier-Smith said the organization called all of its 7,800 patients to inform them about available aid.

“That allowed us to show our patients that we care, that we’re right there with them,” Dozier-Smith said. “We believe our patients deserve the access to resources, as well as quality healthcare, as anyone else.”

Patients aren’t the only ones reeling from the pandemic, however.

McCormack said roughly 70 employees at VRMC have contracted COVID-19, usually away from the hospital, and workers stepped up to fill the gap as they quarantined for two weeks.

“Everyone has really stepped up to fill the gaps, to make sure we’re still providing the care people deserve and need,” McCormack said. “I can’t say enough good things about our staff – they’re here when they need to be and they’re doing the best they can. They’re always working hard, but during this time we’ve had to work even harder.”

“The individuals who work in rural communities are top-notch professionals,” Dozier-Smith said. “It’s beyond a skill set, it’s definitely a passion. We are very grateful for their time [and] their commitment.”

For his part, McCormack believes the community also has a part to play in supporting its local healthcare providers.

“The good thing is, people are recognizing that we’re here and we’re working hard, but we’ve been here for a long time,” McCormack said. “One thing we hope is that people will support our hospital a little more. People think if they go somewhere bigger they’ll get better care, but that’s just not the case.”