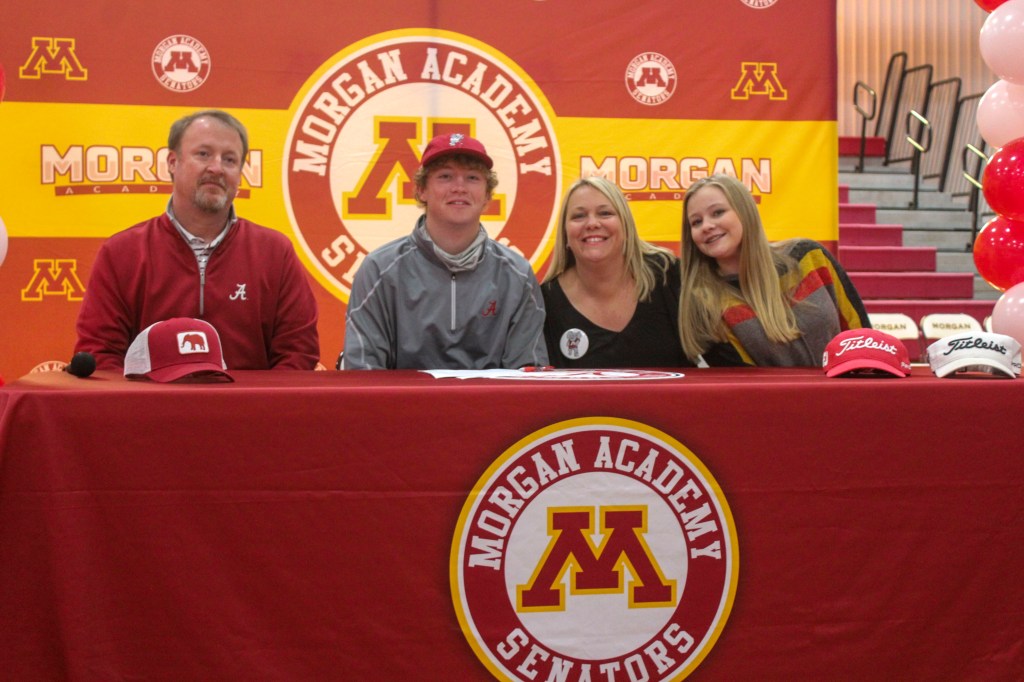 Free’s dream became reality Thursday as he signed a golf scholarship with the Crimson Tide in Morgan Academy basketball gymnasium.

“Signing with Alabama feels great, after two years, it’s finally official,” Free said. “It’s been a great journey. I’m happy to where I am.”

Callen and William Free said they’re both proud of their son, who was a Crimson Tide verbal commitment for two years.

“Jones has worked real hard for this, we’re proud of him,” Callie Free said.

“This is a big deal because Jones said one day he was going to play golf at Alabama,” William Free said.

“Jones has great focus, a great work ethic and always help the younger golfers on the team,” Pearce said.

Alabama golf coach Jay Seawell said that Free will be a strong addition to the Crimson Tide golf team next year.

“We are very excited to have someone of Jones’ character and ability join our program,” Seawell said.

“He is a winner and he has certainly proven that he is comfortable in pressure situations. We are looking forward to having him as a part of our program.”

Free also won his age group at the Southeastern Junior Golf Tour’s Wynlakes Shootout played on May 28-29 in Montgomery.

Free has enjoyed a stellar prep career at Morgan Academy, leading the Senators to consecutive AISA State titles in 2018 and 2019 and earning low medalist honors.

The Senators are considered favorites to win a AISA state crown next spring.