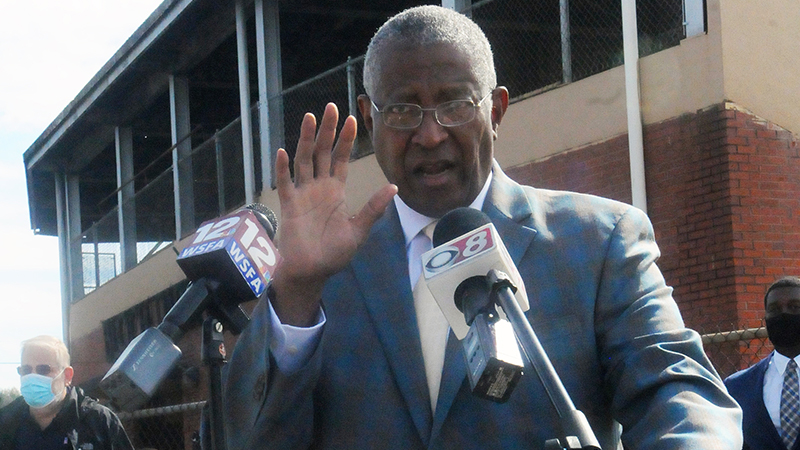 The home of Selma Mayor James Perkins was shot into Saturday.

Selma Police Chief Kenta Fulford said no one was hurt with only minimal damage sustained inside the home. He also said that Perkins returned home  and found a bullet hole in the wall of his office and sheetrock on the floor.

“We are launching an all out investigation and we want the people to know that this behavior will not be tolerated,” Fulford said. “We will do everything that we can to see that the person or persons that are responsible for the shootings that have been going on not just at Perkins’ home but throughout our city are prosecuted.”

Perkins is the first African-American Mayor in Selma, serving his first term from 2000 to 2008. He was re-elected to a second term last month and sworn in on Nov. 2.

Fulford said that the SPD is not ruling out anything and will continue to investigate the incident.

Perkins said that he wasn’t ready to make a statement.