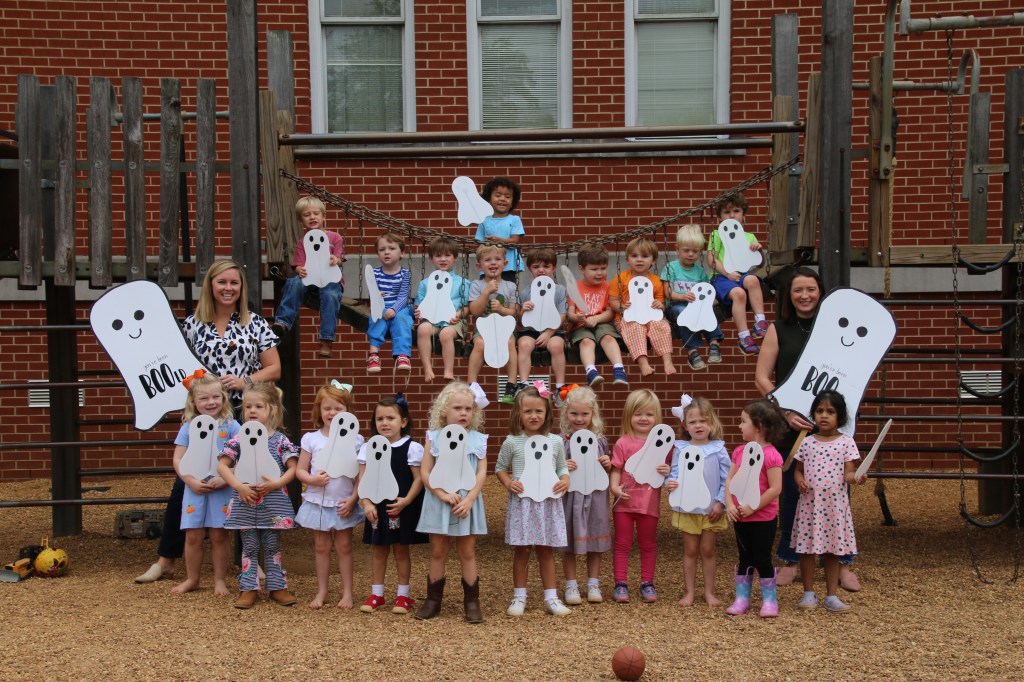 During October, Emily Adkins and Glennis Porter put their heads together to come up with  a season fundraiser to raise money for their children’s preschool playground.

A month later, Adkins and Porter had raised $5,135 for Leika’s playground with “You’ve Been BOO-ed!”.

The two moms went all over town, hidden under the cover of darkness, putting friendly ghost signs in the yards of unsuspecting neighbors.

For a donation to the Leika’s playground fund, Adkins and Porter would then move the signs to other yards in the community.

Adkins said that she and Porter had so much fun driving around every night moving the signs into different people’s yards throughout the city.

“The signs were a much- anticipated surprise for many people young and old around the city,” she said.

According to Porter, the two organizers recieved so much response that they had to put a deadline on orders to be sure everyone got “boo-ed” who wished to participate.

The fundraiser lasted the entire month of October, but was cut short the last 2 nights by Hurricane Zeta.

In light of the success of the program, Adkins and Porter plan to make the fundraiser an annual tradition to raise funds for the school.

Leika’s is continuing the festive fundraising through the Christmas season with selling Christmas ornaments.

The ornaments can be found at Queen City Market, Harper’s Chapel, Mr. Roy’s, Contemporary Cottage, Gallery 905 and Look beginning Nov. 21, or may be purchased directly from the school with a check made out to the school or through Venmo @leikas-school.