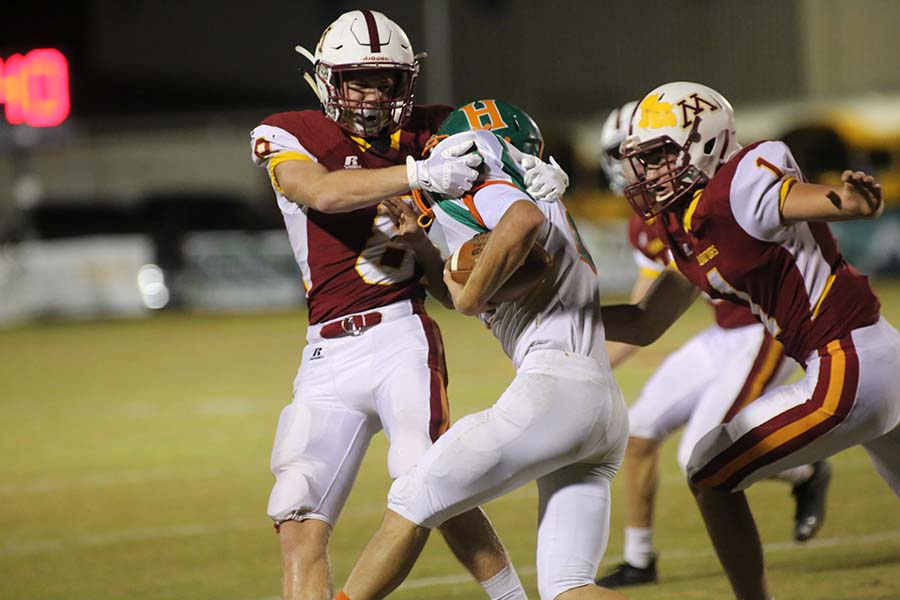 Running back Holt Utsey had over 220 all-purpose yards and three touchdowns as the eighth-ranked Senators cruised to a 55-16 rout on Friday night at Morgan Stadium.

The Senators (8-2) advance to a semifinal showdown at No. 1 Glenwood Academy (11-0) next Friday night. The winner advances to the state finals.

“The seniors knew that it might be  our last game at home,” Utsey said. “We came out and played like it was our last game before our families and fans.”

The Senators jumped out to a 35-0 first quarter lead.  Utsey scored on runs of 79 and 9 yards. Andrew Thomas and John Allen Ingram each scored from a yard out. Josh Brown added a 4-yard TD run.

The Colts avoided a shutout in the second quarter with two touchdowns and pair of two-point conversions, trailing 43-16 at halftime.

In the second half, Morgan Academy got a 2-yard scoring run from Thomas and a 51-yard TD from Brown to end the game’s scoring.

“I’m really excited for our kids,” Senators coach and Athletic Director Danny Raines said. “They work so hard in practice and in games.”