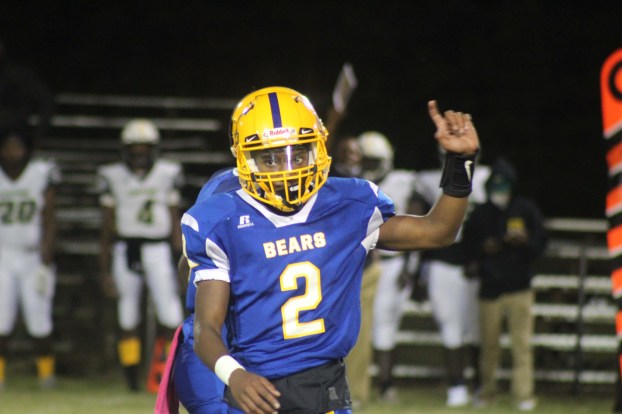 Keith High survived the first round of the Class 1A state playoffs.

The Bears beat Fruitdale 22-14 on Friday at J.V. Caldwell Stadium in Orrville.

Keith (8-2) advances to a second-round contest at Brantley next week.

Jayln Jones and Keshawn Tolbert both had TD catches. Tolbert also had a touchdown run.

The Bears advance to the second round in over 30 years.

Slocomb 39, Southside 20: The Panthers (5-5) stayed close in the first half until Slocomb pulled away in the second half.

M.J. Reese threw touchdown passes to Mariyon Johnson. KeAndre Williams added a touchdown for the Panthers, who won a three-way tiebreaker to reach the postseaon.