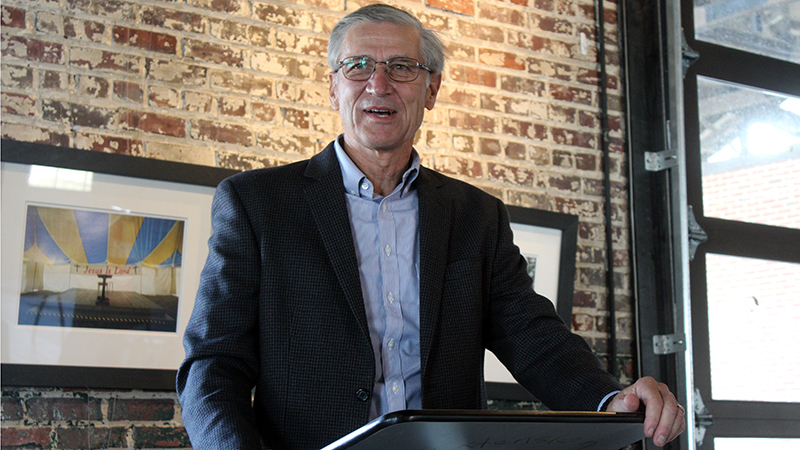 According to Dallas County Extension Office Coordinator Callie Nelson, who overseas the program, this year’s class was a little different due to the ongoing coronavirus crisis – many of the usual tours, which gave participants a first-hand look at local industries, had to be canceled and the program stretched out longer due to observance of social-distancing protocols.

“When the pandemic hit, we were not able to do full days,” Nelson said. “But we readjusted…[and] I think we did the best we could.”

Nelson noted that the core components of the class – lessons in conflict resolution and the like – were still included.

In all, 16 of the 19 original class members graduated Thursday, but the next slate of students will be selected in December and begin the program next Fall.

“It helped me tremendously,” said graduate Steven Smith, a local pastor and president of the Pine Glen Community Association. “It encouraged me, inspired me. Everybody should take this class before embarking upon a position in leadership.

Craig Field Airport and Industrial Authority (CFAIA) Executive Director Jim Corrigan was keynote speaker for the event and focused on the key elements of good leadership in his remarks.

“All the way through my career, there were traits that good leaders had,” Corrigan said. “I believe these traits are universal.

Corrigan also noted that good leaders take care of their people, noting that a familiarity with one’s employees or teammatesmakes a team stronger.

Corrigan also talked about the importance of setting a vision, the lack of which can be devastating to any entity.

“I think, when you look at this city, we’ve been operating without a vision,” Corrigan said. “We crossed the bridge and said, ‘what’s next?’”

Corrigan said a good leader is meant to be the beacon who lights the way for all of those following behind.

Planning ahead and avoiding surprises stabilizes operations, Corrigan said, and technical proficiency ensures a leader knows every aspect of the work being done beneath him.

“How do you make decisions if you don’t know about the operation and how it works?” Corrigan said.

“One way to get rid of your credibility in a heartbeat is to make an excuse,” Corrigan said. “As a leader, I’m just going to say I made a mistake and try to do better next time.”

Additionally, Corrigan said leaders should get feedback from their cohorts, avoid the urge to micro-manage and, most importantly, try to have fun.