State weighs in on Senate race, slate of amendments 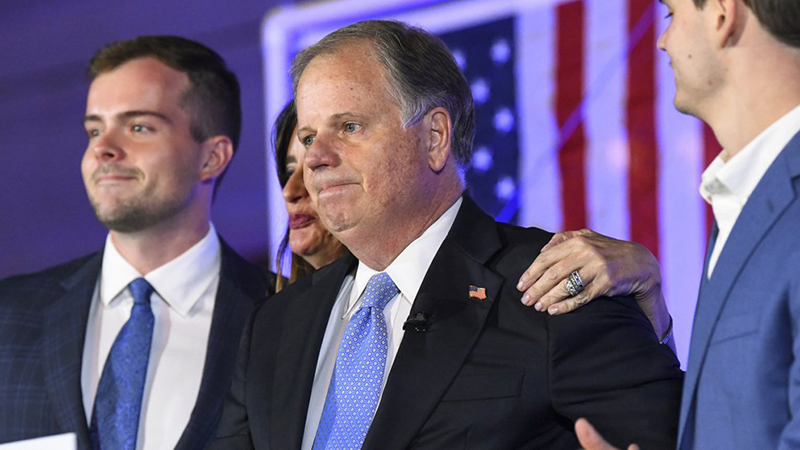 Due to the record-high number of absentee and mail-in ballots this year, a byproduct of the ongoing COVID-19 pandemic, many key states in the election still have millions of ballots to count and a final tally might not be available until the end of the week.

Both Trump and Biden addressed supporters late Tuesday night, with Biden calling for patience as the count continues and Trump asserting wrongly that he had already won the election and that ballots received after Election Day should not be counted, despite the fact that numerous states allow ballots to be received days after the election.

Tuberville walked away with just over 60 percent of the vote in Tuesday’s contest, garnering wide praise from state conservative groups.

“Alabama’s voters have spoken loudly and our majority is sending a new U.S. Senator, Tommy Tuberville, to be our voice,” said Alabama Republican Party Chairman Terry Lathan in an Election Night press release. “On behalf of the Alabama Republican Party, I offer our deepest congratulations to Senator-elect Tuberville. We are confident he will listen to the concerns of his constituents, unlike his predecessor, while representing our great state with honor and integrity. The seat has been reset to reflect the conservative values of Alabama.”

The National Right to Life Committee likewise praised Tuberville’s election, as well as his conservative bonafides, and said his election will protect the state’s “pro-life values.”

The progressive West Alabama Women’s Center (WAWC), however, chided Jones for playing to the center and blamed his loss on the need for a “true progressive candidate.”

“Doug Jones failed to win reelection because the enthusiasm for removing Republicans from office that surged across the country did not translate to the Alabama Senate race,” said WAWC Policy Director Mia Raven. “On the campaign trail Jones played to the center in an attempt to woo Republicans to his side, minimizing and ignoring local progressives and their issues…As the GOP moves so far to the right that even conservative Southern states are beginning to abandon their candidates, Alabama needs to look to their own ranks and groom better, stronger progressive politicians.”

Dallas County, however, went decisively to both Biden and Jones, with Biden collecting more than 68 percent of the vote in Dallas County and Jones walking away with more than 70 percent.

In the U.S. House of Representatives, seats vacated by U.S. Reps. Bradley Byrne – who is leaving his seat after losing a Senate bid in the Republican primary earlier this year – and Martha Roby were both filled by Republicans: Jerry Carl will represent Alabama’s 1st Congressional District and Barry Moore will represent Alabama’s 2nd Congressional District.

In statewide races, Selma native Tonya Chestnut won her bid to represent District 5 as a member of the Alabama State Board of Education, securing more than 62 percent of the vote over her Republican opponent, Lesa Keith.

“I’m still digesting everything,” Chestnut said Wednesday. “I know we put forth every effort to win and that was definitely our mission. It was just a journey that was unknown territory because I’ve never run for any type of office, the only experience I had was as an educator. I went from that perspective and I’m grateful to have an opportunity to represent District 5 and be a voice for our children on the state school board.”

Chestnut won in a runoff earlier in the year to face Keith in the general and enjoyed wide support across the state, even from former opponents.

“It’s not every day that you run for an office and then all of the candidates that were your opponents turn around and publicly endorse you,” Chestnut said. “I’m just thankful. I’m not a politician, just an educator that’s passionate about children.”

Alabama voters approved Amendment 1, which changes current language in the state’s constitution to say that “only” citizens who meet the necessary requirements to vote will be allowed to do so rather than “every” citizen who meets those requirements.

State voters narrowly rejected Amendment 2, 48.86 percent of 51.14 percent, which would have allowed the Alabama Supreme Court rather than the Chief Justice to appoint the Administrative Director of Courts and made other changes to the state’s judicial system.

Voters approved Amendment 3, which altered the duration of terms served by judges appointed to fill a vacancy, with more than 64 percent of voters casting ballots in the affirmative, as well as Amendment 4, which allows for a reworking of the state’s constitution to remove racist language, with more than 66 percent of voters supporting the change.

Amendments 5 and 6, which allows churchgoers in Franklin and Lauderdale county, respectively, to use deadly force under a special “Stand Your Ground” law, both passed with more than 70 percent of the vote.

Dallas County’s local amendment, championed by Alabama Rep. Prince Chestnut, D-Selma, but opposed by Dallas County District Court Judge Bob Armstrong, which would give the Dallas County Judicial Committee the power to recommend three nominees to the governor to fill a district court vacancy, was approved by more than 69 percent of local voters.

“I had thoughtful and inquisitive citizens contact me and ask for specifics about the local constitutional amendment,” Prince Chestnut said. “It allowed me the opportunity to delve into specifics about the local amendment and show how it gives people the ability to have a say in a process that has discounted meaningful local involvement. It overwhelmingly passed and the citizens of Dallas County loudly spoke that it wants local involvement in the process. All politics are local.”

“While poll workers worked as efficiently and effectively as possible to process the high volume of voters today, we are greatly appreciative of the patience exhibited by voters who waited in line to cast their ballot for the candidate of their choice<” Merrill said in a statement issued Tuesday night. “Following the reporting of results by all 67 counties, I remain confident we will shatter every record in the history of the state during [Tuesday’s] election, which would not have been possible without the help of every single election worker, volunteer and voter.”

In Dallas County, just over 56 percent of registered voters went to the polls Tuesday.