To live and die as a small town, Alabama newsman

Art Parker – Managing Editor of The Montgomery Independent and former Editor of the now-defunct Millbrook Independent, where I held my first job as a news writer; turner of phrases and winner of races; toppler of tyrants and patron of the people – succumbed to injuries sustained during a late-September car crash early Sunday morning.

I wrote about Art not long ago, noting that he was in the hospital with life-threatening injuries after he was hit head-on by a couple of teens – one who was pronounced dead at the scene – who were racing up Zelda Road in Montgomery as he was headed home after covering a high school football game, but his death Sunday morning leaves me feeling that he deserves more than a passing mention as, for better or worse, he is the reason I do the work I do everyday and he is the source from which most of my inspiration to keep clocking in and typing out content is derived.

Art was an insurance salesman before falling into the news business in the late-90s, but it’s hard to imagine him as anything other than a newspaper editor – when I met him as a college intern, he seem to be the embodiment of the stereotypical newspaper editor, a hulking man with a booming voice, bespectacled, and quick to unleash flaming indignation at cowardly reporters and politicians alike. 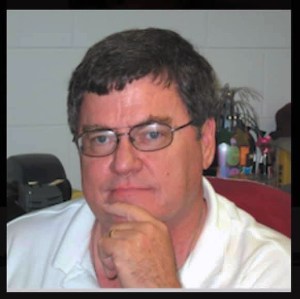 Art believed that community journalism was an invaluable asset to the people who inhabit small towns and he worked with a passion unrivaled by any small-town newsman I’ve worked with since – in his mind, coverage of the local church’s children’s program was just as important as covering an election or a trial and it should be approached with the utmost professionalism, attentiveness and care.

Though he and I often disagreed on politics, Art was the first editor to give me the chance to write an op-ed – he hated my column, but he published it and went to bat for me when disgruntled readers called to complain about the leftist rhetoric being printed in their beloved Indy.

My time at The Millbrook Independent was exciting – not only was I learning the ins-and-outs of community reporting, I was getting a crash course in horse races: it wasn’t uncommon for Art to call me into his office around midday and ask where my stories were at; always one to work ahead of schedule – at least as far as writing is concerned – he rarely found me behind schedule and we’d load up and cruise to Victoryland and spend the rest of the afternoon betting on races.

Art taught me how to read the racing forums and he taught me how to place a bet, saying that placing a good bet was more important than placing a winning bet – he reasoned that one was bound to lose from time to time, but by making a good bet, a smart bet, not spending too much when you’re uncomfortable or riding a win/place/show instead of a superfecta, you’re bound to be ready for the win when it comes your way.

But Art was never so much interested in gambling as much as the bestial grace and athleticism of these creatures who raced so furiously and quickly – he could regularly be caught tuning into races in his office – because he was so good at it that it was a hardly a gamble at all.

And when I eventually I strayed from The Indy, off to pursue other writing gigs or more lucrative work, Art was always there to offer a hand when I was down – layoffs are common in the journalism world and every time I suffered one Art was there to offer me a few freelance gigs and take me out to breakfast at Cracker Barrel, one his favorite morning haunts.

I hate he never had the opportunity to meet my children – I’m sure seeing his unmotivated apprentice of 15 years ago a father would have done his heart some good – and I hate he’ll never be able to see his editorial vision and ideology continued in my work as a community journalist.

Art Parker was an unsung giant of Alabama journalism who deserves so much more praise and celebration that he will ultimately be given – will there be a statue erected in the city he worked so hard for or a plaque adorning the walls of some prestigious hall of journalism greats? Probably not, which he would probably prefer, but he certainly lives on in my work and will continue to for as long as I’m given the privilege of being a small-town, Alabama newsman.

Our opinion: we want the youth to enjoy Thanksgiving week