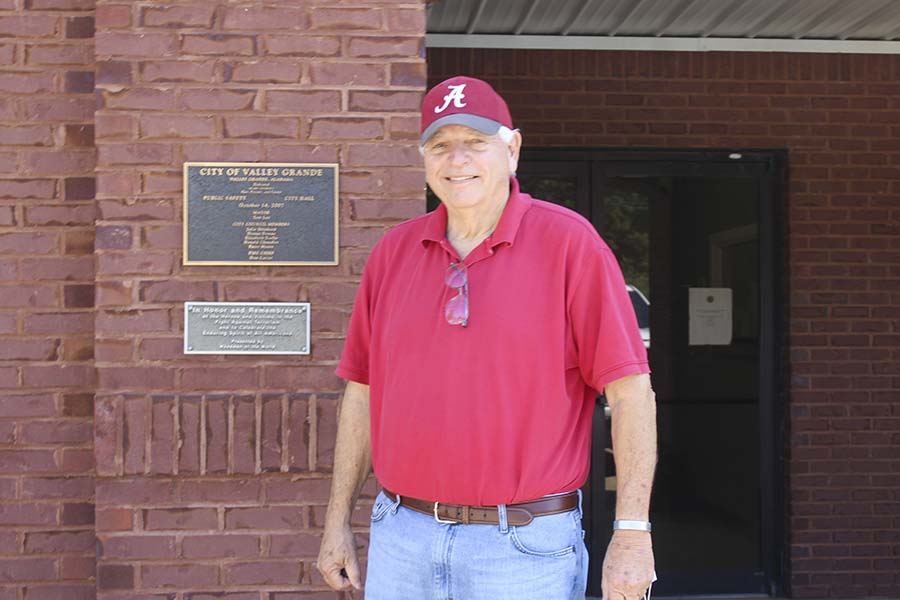 Wayne Labbe is five days away from returning as Valley Grande Mayor.

Labbe, 70, will be sworn in for a second Mayoral term at 6 p.m. Monday night at Valley Grande City Hall. Labbe ran unopposed after Matt Dobbs did not seek re-election.

From 2012 to 2016, Labbe served at Valley Grande mayor. Labbe decided not to run for re-election after his first term ended and wanted to focus on retirement. He worked 42 years at Bush Hog.

Labbe said a big reason for returning as Valley Grande mayor is to improve conditions in the city.

“I’ve got four years of experience under my hat,” Labbe said. “There are things that need to move forward in the city.”

“We need to build a bigger city hall to include having a basketball gymnasium for our kids,” Labbe said. “Kids in Valley Grande don’t get involved in basketball until the seventh grade. We need to upgrade our baseball system and city park. We need to have a fall festival, a pumpkin patch and work with our churches. We didn’t have fireworks last year.”

Labbe said the COVID-19 pandemic will make things difficult to get Valley Grande up and running again.

“Because of the coronavirus, it’s going to be a challenge to get the city started back up,” Labbe said. “It’s tough and will be a challenge for me and the council.”