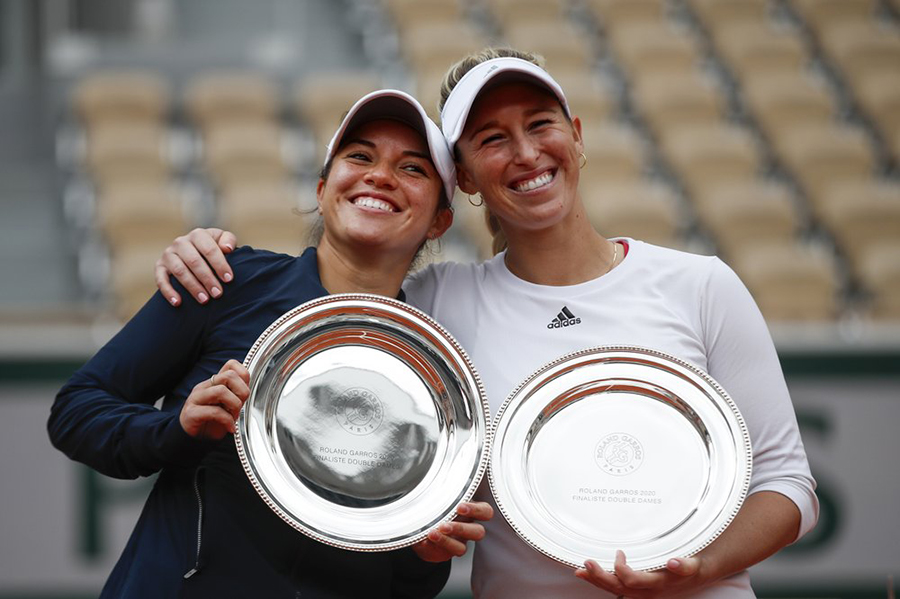 Alexa Guarachi and Desirae Krawczyk lost to Kristina Mladenovic and Timea Babos 6-4, 7-5 in the tournament finals on Sunday. Mladenovis and Babos were the defending doubles champions.

Guarachi, an American-born Chilean native, played at Alabama from 2010-2013.

At the press conference, Guarachi said she enjoyed the run through the French Open with Krawczyk. They entered the tournament ranked 14th and could crack the Top 10.

“Thanks to Desirae for being my rock these past eight weeks,” Guarachi said. “I’m so excited for what the future holds for us.”

“We have such a strong communication on the court and we’re pretty close friends off the court too. We are able to figure things out when it’s not going well and in general positivity is big in our personalities Our games complement each other and we both like to play aggressive.”

The 30-year-old Guarachi made her first quarterfinal appearance in a Grand Slam final.

Guarachi played in the French Open last year, reaching the first round. She reached the third round of the U.S. Open last year and round two of the 2020 Australian Open.

Guarachi, who battled back from a career-threatening ACL injury five years ago, is enjoying the run.

“It feels like a dream,” Guarachi said. “I feel unbelievably happy. I’m so honoured and so excited to reach a Slam final.”