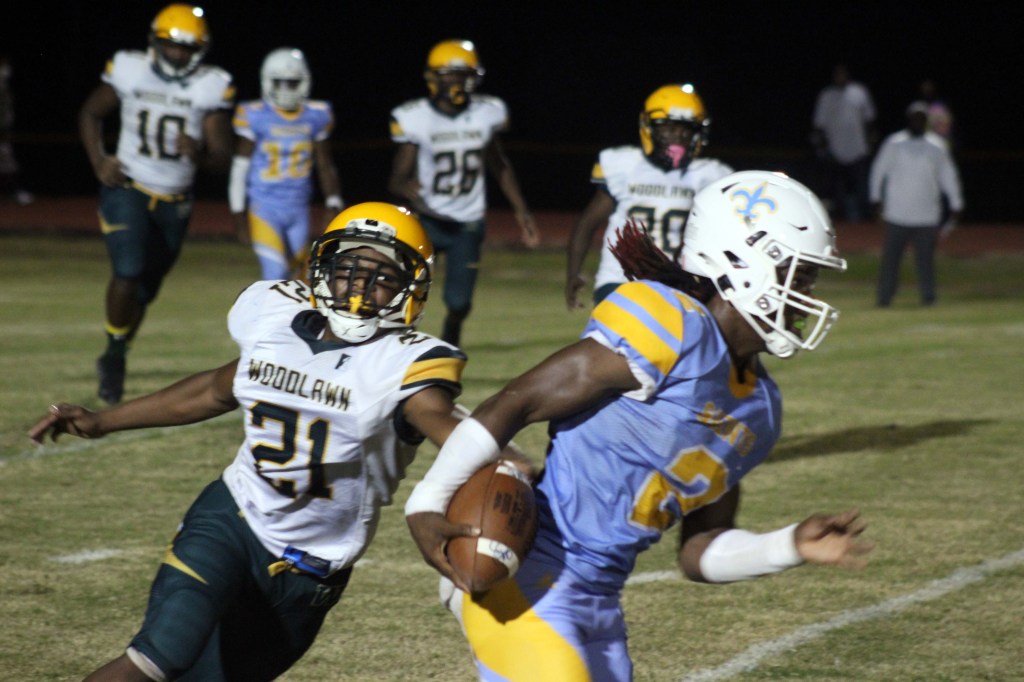 Selma High stays unbeaten in Region 3, Class 5A with a 32-12 rout over Central-Tuscaloosa on Thursday night.

Dion Nelson, Jevonte Stubbs and Sharrod Martin all scored touchdowns for the Saints.

“I’m so proud of our players and coaches,” Saints coach Willie Gandy said. “I couldn’t be here without my coaches and the support of my parents.”

“Bessemer Academy is obviously one of if not the best team in the state,” Senators coach Danny Raines said. “I think our kids did a really good job. We played hard and made several plays.”

“The guys played extremely hard and we had a chance to win,” MCS coach Bob Taylor said. “We just came up a little short. I’m extremely proud of our 12 guys that played tonight.”