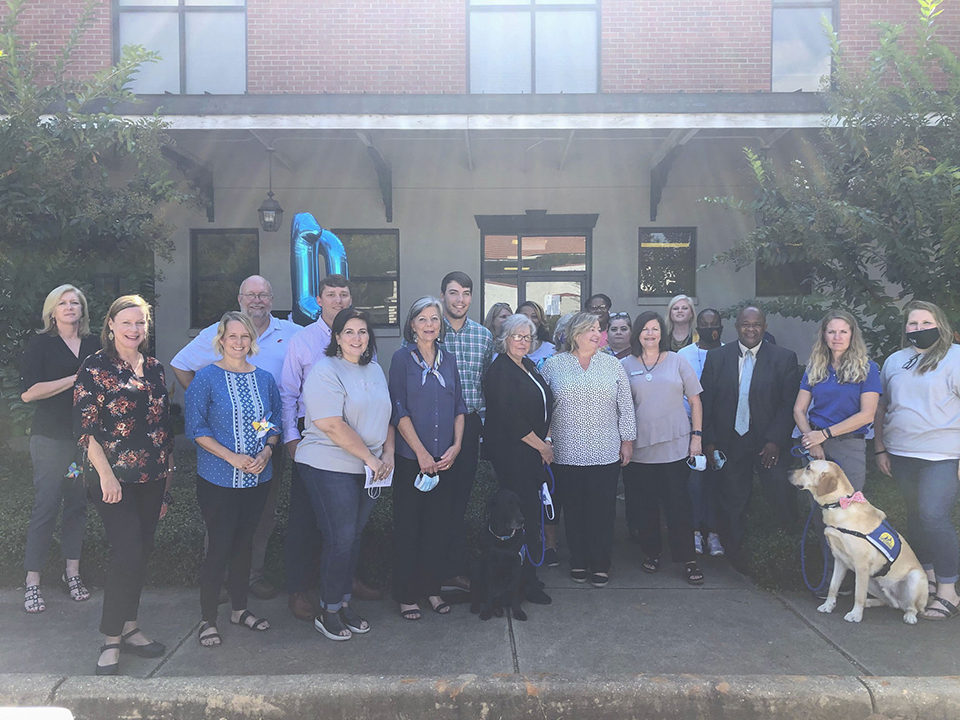 The CAC held an Open House on 420 B Broad Street to celebrate “A Decade of making a difference” in an effort to honor child abuse victims and raise awareness. They held a tour of the facility.

The CAC became a safe, friendly place for child victims of sexual or physical abuse through partnerships with the District Attorney’s office, law enforcement agencies, the Department of Human Resources, financial support from grants, foundations and individual donors.

“Each interview offered an opportunity to help a child,” CAC Executive Director Lauri Cothran said. “Many children who visit the center have experienced unimaginable treatment, but with the help of our amazing interviewers, they are somehow able to talk about it. I am proud of our Center’s work and hope to continue helping children for many more years.”

“We’re giving a voice to the voiceless and we’re providing a place for abused children,” Kemmer said.

Alabama Courthouse Facility Dogs was announced as a new partner.

“It’s something dear to my heart to help children that are abused,” said Tony Willingham of Office of Protection Services.

“The CAC has really grown under the present leadership,” Jackson said. “The CAC allows victims to have a one-stop facility to get to the bottom of how that child may have been victimized without having to repeat the same things to different agencies at different times. We now have one of the Child Advocacy Centers in the state. Laura Cothran has done a wonderful job.”

Lydia Chatmon of Selma AIR said CAC is critical to the area.