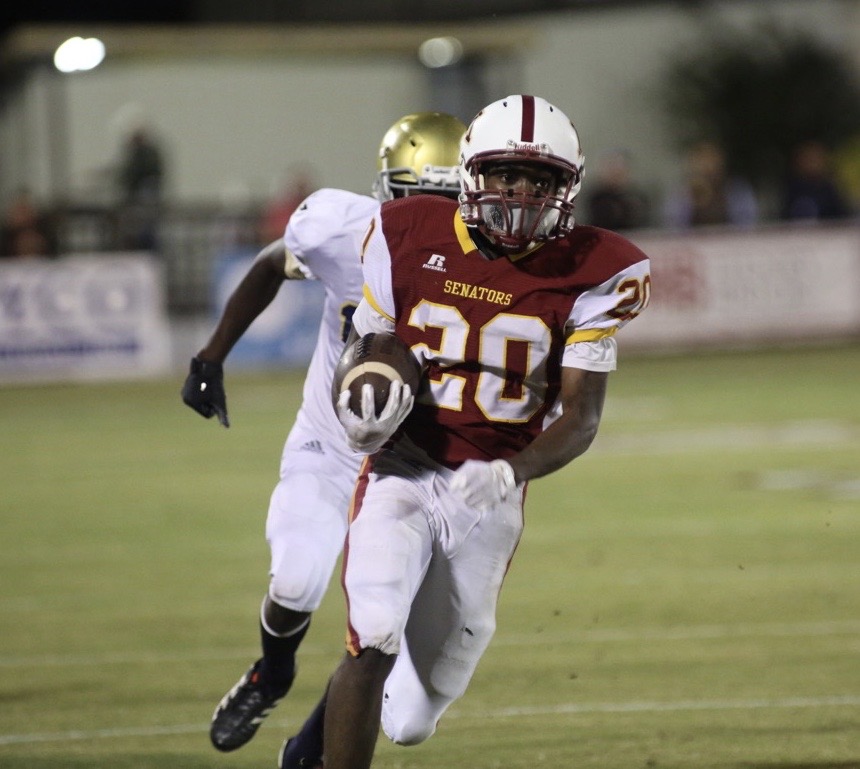 Morgan Academy plays its biggest game of the season on Thursday night.

The Senators (5-0) visit third-ranked Bessemer Academy (4-1) in a showdown of unbeaten Region teams. The winner will likely capture the Region champion and earn a top playoff seed.

“Bessemer Academy is obviously a very impressive team,” Senators coach Danny Raines said. “We are looking to having a good week of preparation leading up to the game. I’m so glad for our kids to get to play in such a big game.”

Holt at Dallas County: The Hornets (1-4, 1-2) return after a two-week hiatus for Homecoming Friday at Martin Field in Plantersville.  A win over the Ironmen (2-4, 2-2) will put Dallas County in position to make the playoffs.

“Holt is athletic and fast, especially at the skill positions,” Hornets coach Heath LeVert said. “They have a few receivers that can go out and get the ball. They have a couple of backs that can flat out run. We will have to play well on defense and limit their offensive snaps.”

Monroe County at Southside: The Panthers (3-3, 1-3) need a win to stay in the Region 3, Class 3A playoff race. It’s also Homecoming at Southside.

Southside’s defense rose to the occasion last week.  Elijah Richardson and Ernie Campbell each had fumble recoveries. Chris Bonner had three quarterback sacks. Derrick Smith had a Pick-6. JoJo Hamilton and Jay Gunn each had interceptions.

“We have momentum going into homecoming and we want to continue our winning ways,” Panthers coach Charles Moody said.

Selma at Central-Tuscaloosa: The Saints (4-2, 3-0)  has made the playoffs in consecutive seasons for the first time in school history.

The Saints play Thursday at 7 p.m. because of Hurricane Delta.

“I’m extremely proud of or kids and coaches,” Saints coach Willie Gandy said. “Our goal is to win the Region.”

Meadowview Christian School at Snook Academy: The Trojans (0-7) continue to search for their first win on Friday.