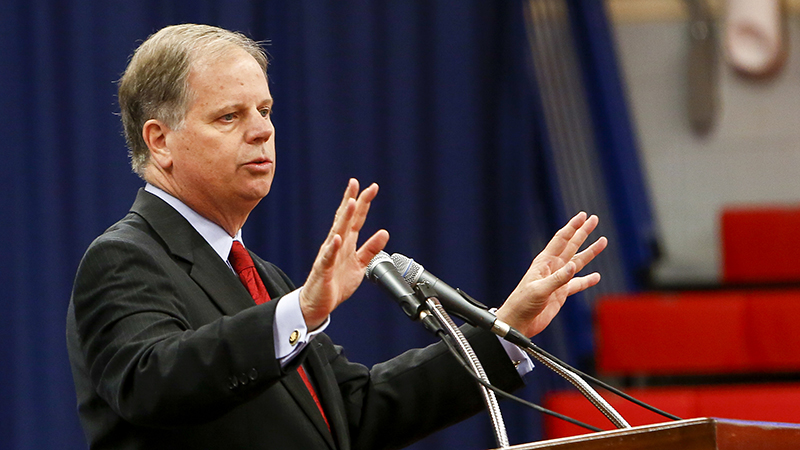 The Government Accountability Office (GAO) recently issued recommendations to the U.S. Department of Commerce on how to improve its tariff exclusion process and the need to follow through with economic impact reviews.

The tariffs were originally enacted after certain Chinese imports were deemed a national security threat.

The recent report found that the U.S. Department of Commerce often gave “disproportionate weight to the objections of domestic producers, even if the producer did not provide evidence that they could domestically provide the needed steel or aluminum within a reasonable timeline,” a press release from Jones’ office stated.

According to Jones, the findings raise “significant questions” about the fairness of the program.

“The GAO’s findings affirm what thousands of businesses around the country have known to be true: the administration’s rush to enact tariffs was a costly mess,” Jones said in the release. “Its tariff exclusion process stood up by the Commerce Department was quickly overwhelmed and backlogged, leading American businesses to pay tariffs they shouldn’t owe and to spend months trying to resolve their claim with the department. While this report isn’t surprising, I hope this serves as a wake-up call for the administration to reevaluate its tariffs that have been hurting our own economy, while failing to hold bad actors like China accountable.”

Both Toomey and Carper weighed in as well, with Toomey noting the cost paid by manufacturing workers and companies.

“Steel and aluminum tariffs, which were dubiously justified with a claim of ‘national security,’ have cost American consumers billions of dollars and the state of Pennsylvania manufacturing jobs,” Toomey said. “The administration should eliminate these taxes altogether. In addition, the Commerce Department should quickly adopt GAO’s recommendations for reducing applicant errors and making exemption decisions faster. Furthermore, it’s long past time for the Commerce Department to comply with the law that required them to release the 232 auto report by January 19, 2020.”

Carper likewise noted the cost being paid in his home state, but took special exception with the fact that the recent findings indicate that the U.S. Department of Commerce failed to comply with its own rules in relation to the program.

“Unfortunately, y[the] report from GAO confirms what my staff and I have heard from too many Delaware manufacturers who have been seeking relief from these misguided tariffs implemented by the Trump Administration,” Carper said. “There have been, rightfully, bipartisan concerns about the convoluted and lengthy exclusion process that the Commerce Department created, but what is equally concerning in light of this report are GAO’s findings that the Commerce Department failed to apply its own review criteria consistently. Combined with concerns raised by the Commerce Department’s Office of Inspector General in October of last year regarding improper influence in the review process, these findings raise significant questions about the fundamental fairness of the exclusion process.”

“The workers and businesses that drive our economy are already facing enough extraordinary challenges due to the ongoing pandemic,” Carper continued. “The federal government should be doing everything possible to provide more certainty and predictability for manufacturers seeking relief — not playing favorites. I want to thank the men and women at GAO, our government’s independent watchdog, who conducted this review. It is my sincere hope that the Commerce Department will finally conduct and publish the economic impact analysis of these tariffs that is long overdue and implement GAO’s thoughtful recommendations so as to not negatively impact American manufacturers any further.”