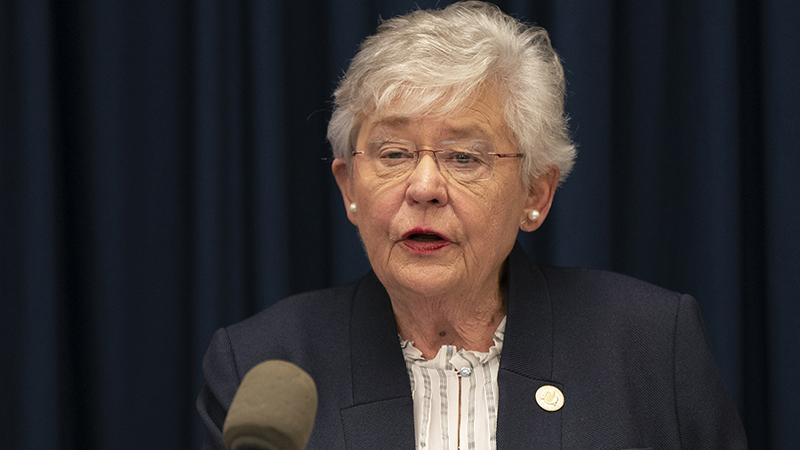 Following a day marked by torrential rain, flooding and widespread devastation, Alabama Gov. Kay Ivey held a press conference to update Alabamians on recovery efforts taking place along the coast and in other communities across the state.

Ivey called Hurricane Susan an “unwanted sequel” to 2004’s Hurricane Ivan and noted “extensive damage,” including widespread loss of power, infrastructure and at least one life.

“Our state is reeling just as our people are hurting,” Ivey said. “I’m eager to visit some of the hardest hit areas and assess the damage firsthand…but, in many ways, we are still in the phase of rescue and recovery and I do not want to impede progress.”

According to Ivey, many roads and bridges are still impassable and power crews, as well as others, are already stretched out across the impacted areas – the governor noted that state power companies had “an army of people on the ground” Wednesday, but conditions made it difficult to restore service to non-essential facilities.

“I know it’s uncomfortable and downright scary to be sitting in the darkness of your home without any lights,” Ivey said. “But, please be patient.”

Ivey said crews were working at “warp speed” Thursday morning to provide assistance to those in need and begin clearing roads and restoring power.

“While the weather experts might have been off on some things, there were right about one thing,” Ivey said. “Sally was a record…flooding event.”

Ivey encouraged people to avoid hazardous roads and downed powerlines and advised that people should only call 911 in case of a “life-threatening circumstance” as first responders are “overwhelmed by the magnitude of Hurricane Sally.”

Ivey was followed by Alabama Emergency Management Agency (AEMA) Director Brian Hastings who noted that, as of Thursday morning, one death had been recorded due to the storm – for his part, Hastings is hopeful that no more will be reported.

“Sally was a very devastating and historic storm and it seems like people heeded some of the warnings and I’m so pleased people were able to get out of harm’s way,” Hastings said. “During this time of response and recovery, please use caution and keep yourself and your family safe.”

A representative with the Alabama National Guard reported that five highwater evacuation teams in Baldwin County had so far rescued 35 people and that transportation assets were standing by in Montgomery to transport materials and supplies to affected areas.

Alabama Law Enforcement Agency (ALEA) Secretary Hal Taylor was also on hand for the press conference and noted that ALEA swift water rescue teams were out and work was being done to reopen highways to allow supply trucks to pass.

Taylor, as well as many of the previous speakers, urged citizens to stay off of roads and avoid standing or moving water, which could be hiding debris or downed powerlines and more.

“We are with you the whole way, Alabama,” Ivey said as the press conference ended.