SPD swears in four new officers to protect and serve 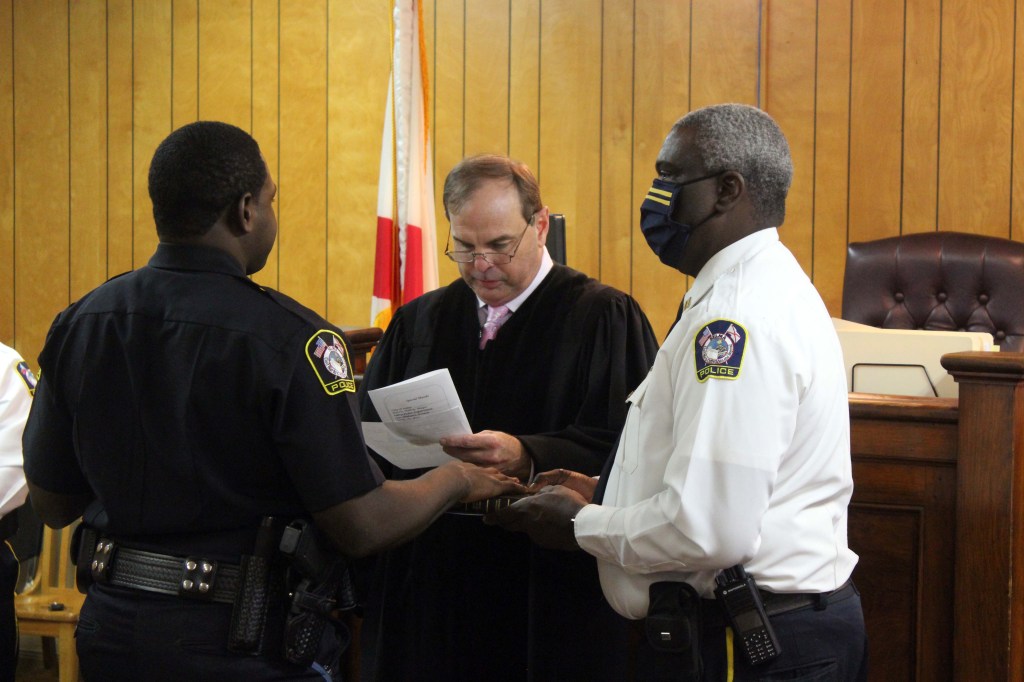 The Selma Police Department (SPD) swore in four new officers to protect and serve the Queen City on Friday afternoon.

Louis Adkins, III, Javonte Benjamin, Brandon Franklin and John Newberry were all sworn in Friday by Selma Municipal Court Judge Joseph Hagood to “provide efficient, courteous and professional service to safeguard life and property; to aggressively enforce the local, state and federal laws; to facilitate community partnership which impacts positively on the quality of life and to respect the constitutional rights of all citizens of life liberty and the pursuit of happiness” as stated by the SPD mission statement.

Each person who spoke Friday congratulated the officers and thanked them for their dedication to protect and serve.

“Not everyone can be a law enforcement officer,” said Melton. “It takes a person with a certain amount of character and heart. I’m so grateful that you’ve chosen to serve the City of Selma… It is a thankless job to put your life on the line to protect the people you serve.”

“I just want to say congratulations and that I’m glad to have you aboard.” Said Fulford. “Remember this job is not easy.”