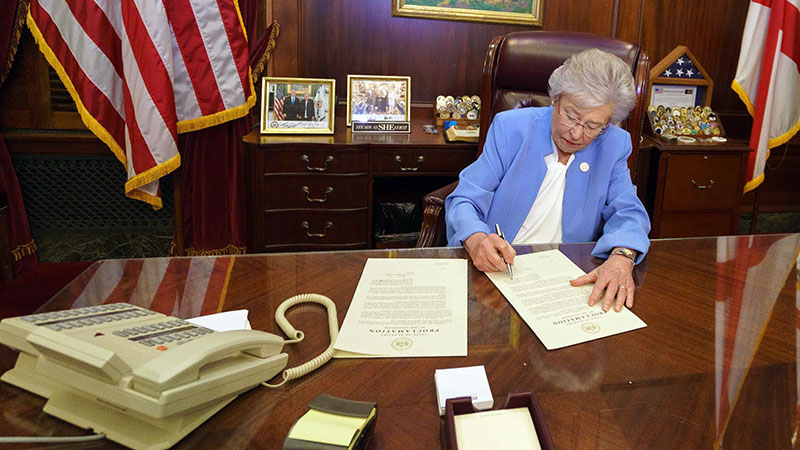 Last week, Alabama Gov. Kay Ivey announced a flurry of grants aimed at an array of beneficiaries, including Alabama State Troopers and domestic abuse victims across the southern portion of the state.

Ivey announced Thursday that her office had awarded $87,665 to four south Alabama to provide services to victims of domestic violence and sexual assault while adhering to the protocols and procedures put in place as a result of the ongoing COVID-pandemic.

The grant was funded through the Coronavirus Aid, Relief and Economic Security (CARES) Act and is intended to ensure that abuse victims continue to receive needed support services, such as medical assistance, legal counsel and more.

“Situations created by the COVID-19 pandemic have in some instances resulted in an increase of domestic violence and certainly have an impact on the ways assistance is provided to victims,” Ivey said in a press release. “I am thankful for these funds that will enable these agencies to make victims aware of available services and encourage them to take advantage of offered assistance.”

The Montgomery Area Family Violence Center, also known as the Sunshine Center, was awarded $41,223 to assist in its work across a swath of Black Belt counties, including Dallas, while the Montgomery arm of Legal Services of Alabama was awarded $11979 for service in many of the same counties.

The House of Ruth in Dothan was awarded $16,915 to provide services across the Wiregrass region of the state, as well as a handful of Black Belt Counties, and the Domestic Violence Intervention Center in Opelika was awarded $17,730 to support its work.

“I am proud of the jobs our state troopers do in keeping our highways safe,” Ivey said in a press release. “These grants are additional tools that enable them to perform those duties and ensure that Alabamians arrive at their destinations safely.”

The grant will allow troopers to work overtime and concentrate enforcement in areas shown by data to have high numbers of crashes due to alcohol and speeding, the press release state, while the drug recognition program involves trained officers who can determine whether a stopped driver is under the influence of illegal or prescription drugs.

“Impaired drivers are a danger to others and themselves and should be taken off the road,” said Kenneth Boswell, Director of the Alabama Department of Economic and Community Affairs (ADECA), the agency administering both grants. “ADECA is pleased to join with Gov. Ivey and ALEA to make our highways safer.”