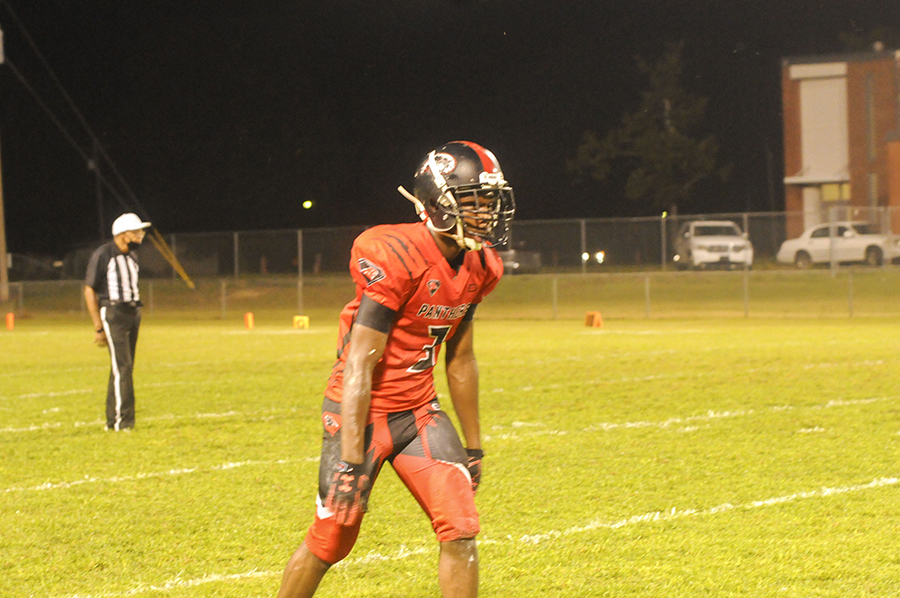 Greensboro scored 20 straight points en-route to a 32-20 victory over Southside on Friday night at Panther Stadium.

It was the Region 6, Class 3A opener for both teams. Southside was coming its biggest football win in years, a 28-24 victory over Selma High last week.

The Panthers (1-1) suffered their first loss of the season and were without head coach Charles Moody, who had a family emergency. Principal Cedric Brown filled in for Moody.

The Panthers roared back to grab a 14-6 first quarter lead as Mariyon Johnson caught a 20-yard touchdown pass from Christopher Thomas. Samuel Taylor scored on a 1-yard touchdown and a two-point conversion.

Southside’s defense played strong in the first half, stopping Greensboro on three possessions inside the Panthers’ 30-yard-line.

Greensboro pulled away in the second half as Lewis scored on runs of 40 and 63 yards. The Raiders added another touchdown late in the game.

Turnovers and mistakes doomed the Panthers. Southside had five turnovers, including four fumbles.

With the score 32-20, Southside had a chance to get back in the game with six minutes left.

A 50-yard punt return was wiped out by a holding penalty.

Southside hosts the Montgomery Academy in another Region contest next Friday at Panther Stadium.