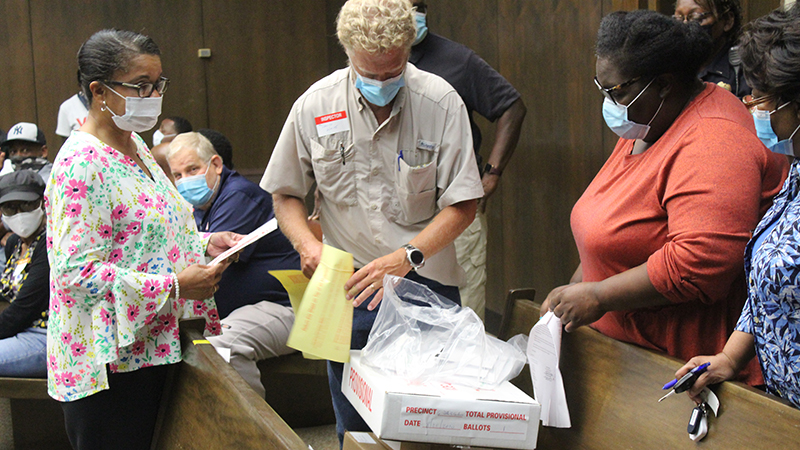 In the Selma City Council Ward 1 race, Troy Harvill claimed victory with 531 votes, while the Ward 2 race is headed for a runoff between Landon Nichols, who claimed 272 votes, and Christie Thomas, who walked away with 181 votes.

In the Ward 3 race, Clay Carmichael and Mead Walker, who claimed 260 and 197 votes respectively, will face off again in an October runoff, as will the Ward 4 contest, which will feature Lesia James, who claimed 247 votes Tuesday, and Javares Whitely, who walked away with 145 votes.

Ward 5 incumbent Sam Randolph barely eked out a victory over opponent Nadine Sturdivant, 334-311, while Ward 6 will have a runoff between Atkin Jemison, who claimed 196 votes, and B.L Tucker, who claimed 142 votes.

Incumbent Tammy Troha survived to a runoff against Bruce Hughes in October for the Place 4 council seat.

In Orrville, incumbent Mayor Louvenia Lumpkin defeated Larry Mallo, 93-66, for a third term and William Lumpkin, Lumpkin’s husband, was re-elected to the city council with 68 votes.