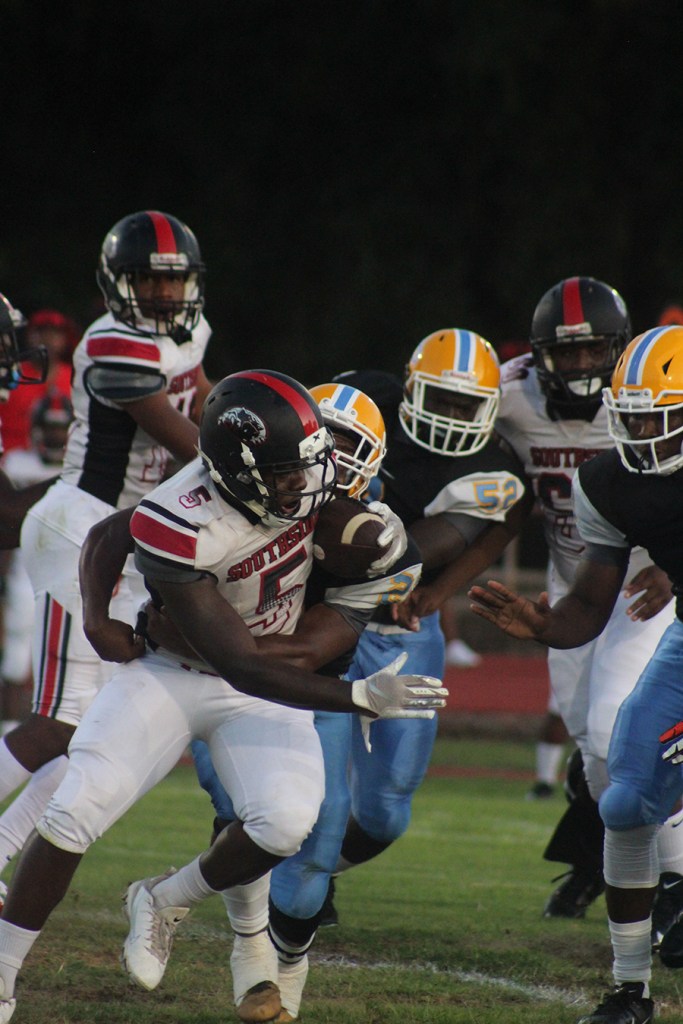 Coaches Will Gandy and Charles Moody got their first taste of the football rivalry between Selma and Southside last year.

The Saints have dominated the all-time series, winning 31 of 37 games that includes a 28-20 victory last year at Memorial Stadium.

“Southside has some good athletes that can make plays, it should be a good game,” Gandy said.

Moody, Southside’s head coach, said the Saints and Panthers have a chance to make memories and talk in the barbershops.

The Panthers and Saints each boast some of the top skill players in Dallas County.

The Saints have a brother tandem in DaKaari Nelson and Dion Nelson, a pair of Division I football prospects.

Gandy said he’s undecided on who will be the Saints’ quarterback.

The game could come down to the line of scrimmage on both sides. Selma and Southside are reloading on the offensive and defensive lines.

Moody also sees the Saints as a measuring stick for the Region schedule that starts next month.

“This is a game we can use to get ready for region play,” Moody said.