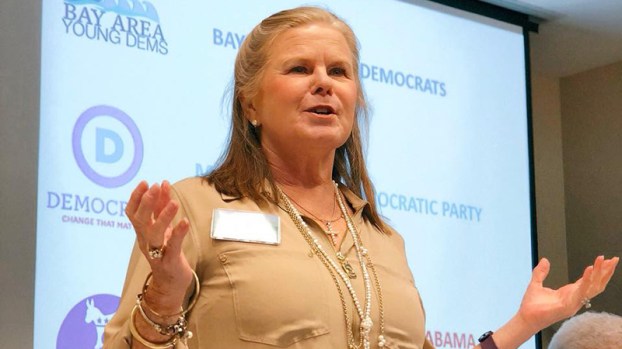 With only days to go before Selma’s municipal election, mayoral candidate Miah Jackson’s campaign is getting a boost from a high-profile Alabama politician – Sue Bell Cobb, the first woman to serve as Chief Justice of the Alabama Supreme Court, created a video endorsement for Jackson, which will appear on the candidate’s social media platforms Saturday.

Cobb, who was the last Democrat to win a regular election in the state – U.S. Sen. Doug Jones, D-AL, was elected during a 2018 special election – began her career in Evergreen and wound up holding court all over the state, in many cases becoming the first woman to hold court in those counties.

Working as Chief Justice, Cobb said she had the opportunity to meet Jackson, who is Executive Director of Dallas County Court Services, after making drug courts a priority.

“I’ve known Miah for years,” Cobb said. “When I was Chief Justice, I made drug courts a major priority because that’s the best way for us to fix people rather than fill prisons. It’s a lot more work and it takes a lot more attention and resources from judges – it’s a lot easier to put people in jail; it’s a lot harder to work with them week after week to recover from addiction.”

Cobb saw Jackson doing that work in Dallas County and praised her for going a step further and establishing a Family Wellness Court in the area, which works to keep children with their parents as they undergo treatment for substance abuse or mental health issues.

“Alabama has not done nearly what we should do in terms of supporting and providing low-cost, quality substance abuse prevention,” Cobb said. “We really need to do that. That’s a desperate need throughout the state.”

“If we need anything right now, we need public servants that believe in redemption,” Cobb said. “Miah loves Selma. Miah is a daughter of Selma. Selma needs, just like the rest of Alabama needs, true public servants.”

Selma’s race isn’t the only one Cobb is weighing in on – she has already voiced her support for a council candidate in Madison.

“I believe that all of Alabama is at that point where we desperately need public servants like Miah,” Cobb said. “I want to see good people in office, people that won’t let us down.” I believe so strongly in her and I absolutely know she will not let anyone down.”

Cobb added that she would like to see Jackson cast her eyes toward serving beyond Selma in the future.

For her part, Jackson noted that Cobb had been an enthusiastic supporter since hearing of her campaign during a convention in February.

“I am ecstatic,” Jackson said of the endorsement. “It’s an honor to have worked in the field of drug courts and have the pioneer for drug courts in Alabama acknowledge my work and believe in my skillsets and my commitment to the community. For to make such a profound statement is a profound honor for me.”

The Edmundite Missions received a helping hand in the form of a team of AmeriCorps NCCC volunteers earlier this week... read more