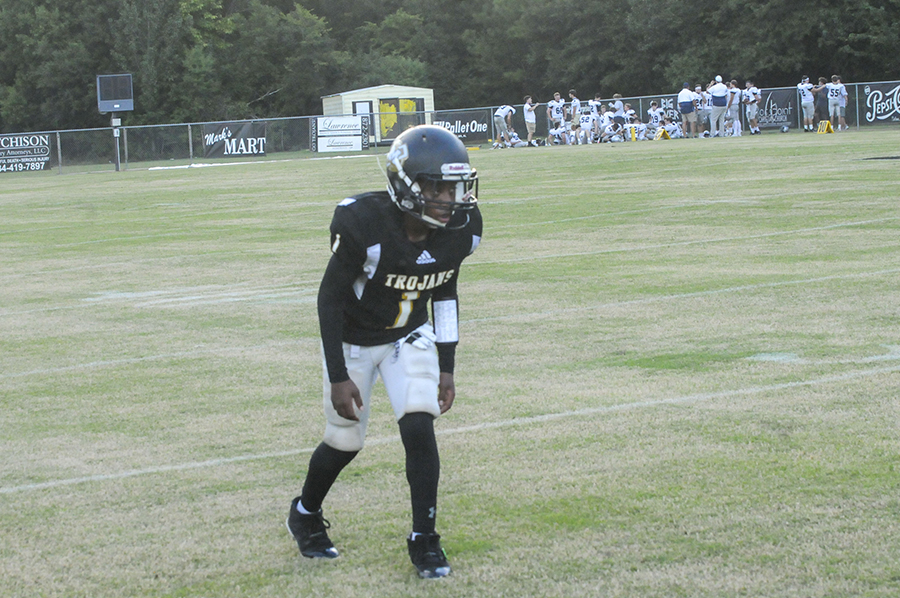 Evangel Christian scored the last 40 points en-route to a 40-6 victory on Friday night at Wasden Field.

The game was called at halftime because of heavy rainstorm and lightning strikes.

Javion Rudolph scored the Trojans’ only touchdown on a 95-yard kickoff return to open the contest.

The Lightning, however, scored 28 first quarter points and cruised to an easy victory.

Quarterback Eli Whitfield threw touchdown passes of 50 and 67 yards to Jett Lodge, a 3-yard TD pass to Daniel Viles and scored on a 75 yard touchdown run. Lodge scored on a 46-yard TD run, while Tyler Wilson scored from 4 yards out.

“We started out with a bang, but Evangel Alabaster made a lot of big plays,” Taylor said.

Whitfield completed five of six passes for 154 yards and three touchdowns, while running for 81 yards and another score. Lodge had 117 yards and two touchdowns receiving and a rushing touchdown.