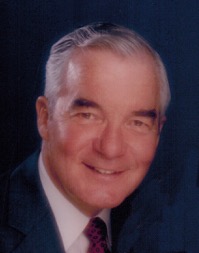 Crawford Phillips Rice, 92, passed away on August 14, 2020. He was born on June 12, 1928 in Selma, to parents Florence and John (Aubrey) Rice. As part of his high school speech class, Crawford and his classmates paid weekly visits to the local radio station, where he was selected to be the announcer, sparking his love for an industry in which he would have a storied career. He graduated from Selma High School in 1946 and immediately joined the Navy, where he served for 2 years. Crawford married his high school sweetheart, Lydia Putnam Rice, on September 9, 1949 at the First Methodist Church in Selma. In 1951, He graduated from the University of Alabama with a Bachelor of Arts in Radio Arts and immediately went to work for WAPX Radio Station in Montgomery, Alabama.

After working at the radio station for 4 years, Crawford went to work for the newly founded local television station, where his career was quickly catapulted into the public eye; the Civil Rights movement in Montgomery was taking off, and Crawford interviewed Martin Luther King, Jr. during the bus boycotts, thus beginning his 31-year career with Gaylord Broadcasting. As his career moved the Rice family to Tampa, Dallas-Fort Worth, Houston, Seattle-Tacoma, and Denver, Crawford advanced from reporter, anchorman, and news director to general manager, director-vice president, and eventually Executive Vice President of Gaylord Broadcasting. From 1955 to 1977, Crawford and Lydia were also raising their three daughters, Anne, Cathryn, and Susan. He also served as President of the International Rotary during the early 1970’s, an organization that allowed Crawford and Lydia to travel to Australia, Japan, and Hong Kong. Crawford and Lydia retired in the mid-1980’s and lived in Washington State and Texas. They took up downhill skiing, joined a hiking group, and became active supporters of their three daughters and sons-in-law who were busy raising children.

Crawford was a loving and dedicated husband; he promised Lydia he would outlive her so she would never be alone, a commitment he was able to honor by 6 weeks. He was also a beloved and admired father and grandfather (“Grandaddy”). Crawford had an uncanny ability to captivate an audience with his story telling, sharing both rich life experiences and wise advice. He was known among friends and family for his sense of humor, generosity, and brilliance. Well into his senior years, Crawford remained an avid reader, consumer of the news and current events, and die-hard Alabama Crimson Tide football fan.

To leave messages of condolence for the family, please visit www.ASacredChoice.com.