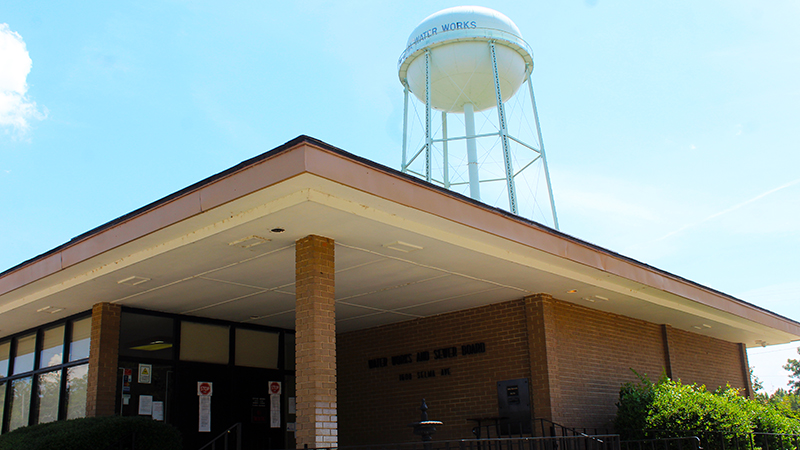 Employees in the maintenance and meter reading departments at Selma Water Works and Sewer called in sick again Wednesday, marking the second day of a “sick out” launched after a promised raise was voted down by the Selma Water Works and Sewer Board – board member James Ware, who employees stated originally voiced support for the pay raise, joined board member Robert Allen and board chairman Roger West.

According to a 25-year veteran of Selma Water Works, who asked to remain anonymous for fear of reprisals, said that employees were promised supplemental pay – similar to the one-time pay raise handed out to city employees in lieu of hazard pay – that never materialized.

The employee stated that the board delayed approving the raise and continually pushed the issue onto the board attorney.

Once workers got wind of the board’s decision, the “sick out” began.

“The water board has really failed the citizens of Selma and the employees,” the Selma Water Works employee said. “The morale is so down. It’s ridiculous.”

The employee noted that at least six workers have left over the last nine months due to the low salary offered to employees.

Further, striking workers are demanding a process for earning pay increases and promotions, as well as opportunities for additional training.

“We’ll stay out however long it takes for them to reach a decision,” the employee said. “We’re making some demands and our demands are: give us our hazard pay and work on our pay-raise scale.”

According to Selma City Councilman Michael Johnson, a board member who voted in favor of the pay raise, Water Works employees received a one-time raise of $1,200 in February, but that pay increase was due last year.

“The money they got in February 2020 is something they should have got in November or December of 2019,” Johnson said. “The city just recently gave their employees $1,800 across the board. Of course, the Water Works employees got wind of it and wanted to know why they didn’t get a one-time raise.”

Johnson said he mentioned the fact that the most recent pay increase was from 2019 when the board met to discuss the possibility of supplemental pay, which was voted down after the board’s attorney warned that the increase likely wouldn’t be reimbursed as part of pandemic relief funds.

“I have to give credit to some of the board guys,” Johnson said. “The board members didn’t want to do it because they wanted to get them a raise, a solid raise they need instead of just putting a band-aid on the wound.”

Johnson noted that the board will hold a special called meeting Friday to discuss the issue.

“I think it’s something we can resolve right away,” Johnson said. “All board members want to look out for the employees – we want to get them a raise. Our budget looks good, we’re strong. Right now, I’m with the guys and I’m with the board as well, but we need to hear from them.”

According to the Water Works employee, board members have not yet reached out to any of the workers in either of the two striking departments to begin negotiations.

“The citizens need to know those people they elect and put into office, make sure they have a heart for the citizens here in Selma,” the employee said. “Our job is very important and, right now, everything is at a standstill.”