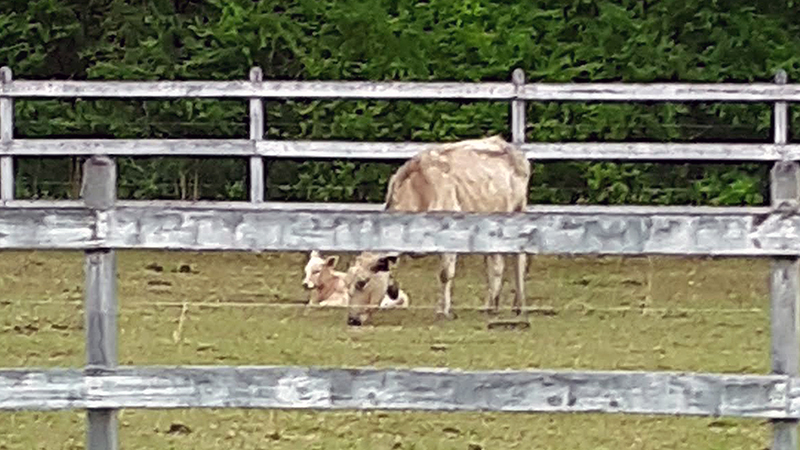 Residents in the area surrounding a more than 100-acre property on Clipper Drive have been sounding the alarm about the owner’s use of the land, which goes against a number of city ordinances, for months to no avail – despite the issue being taken up by the Selma City Council, championed by Selma City Councilman Carl Bowline, and the City of Selma Planning Commission.

This has been an absolute nightmare because it’s so simple,” Bowline said. “Just enforce the ordinances. The law’s already been broken and its been broken for months.”

The issue began last November when Martavious Harris purchased the property with the intention of raising cattle – around March, Harris began installing electric fences and moving cattle onto the property, a clear violation of the city’s prohibition on livestock within city limits.

Citizens in the area began complaining and, despite the issue being investigated by Selma Building Inspector Zeb Lee and Selma City Attorney Major Madison, nothing was done.

Shortly thereafter, Harris started bringing junk cars onto the property in violation of another series of ordinances, most notably those that require a business license for such operations.

The Planning Commission, which held a last-minute, in-person meeting at city hall Tuesday, was slated to take up the issue, but postponed that meeting due to the high number of citizens interested in speaking out.

During Tuesday’s meeting, the commission confirmed that a letter informing Harris of his violations had been sent out last week and he would begin incurring fines for those violations.

Despite the letter, Harris has still been seen bringing cars in “left and right,” Bowline said.

“He has continually brought cars onto that property,” Bowline said. “Why the city didn’t address this months ago is beyond me. This is such a simple thing. I don’t know what’s going on.”

The problems go beyond a simple violation of ordinances, however, as Harris’ property butts up against several others in the area that are now enduring shoulder-high weeds along their property lines.

Additionally, the property is home to a small pool of stagnant water, where mosquitoes have been breeding at a rapid clip, and the waste from the cattle is causing an influx of flies in the area – both represent a violation of city ordinances.

Further, locals in the area recently noticed a herd of starving cattle – according to Bowline, the cows had not been fed and were therefore not producing enough milk to feed their calves.

Beyond that, the junk cars on the property pose a threat to the nearby watershed, which connects all the way to the Alabama River, as fluids begin leaking out and into the ground.

For Bob Guyton, whose property butts up against the problem area, the issue represents a real concern.

“The biggest thing we’ve had is flies, an increase in flies,” Guyton said. “He’s got a little pond down there that’s breeding mosquitoes. But the biggest thing is, how many cows is he going to put out there? 100? 200? Are they going to be leaning over and eating grass off of my property?”

Guyton bemoaned the fact that the city has thus far not taken action.

“They tell me the Code Enforcement Department doesn’t exist but, according to the ordinance, animals fall under animal control,” Guyton said. “They said the same thing about the cars, but the ordinance says the police chief, the fire chief or code enforcement can take care of that.”

Further, Guyton noted that a friend in the area accidentally received mail for Harris, which referenced a cattle company, indicating that Harris – along with being in violation of city ordinances – is running a second business without a license.

Another property which adjoins Harris’ belongs to Gary Forte, who likewise has had issues with the property, its owner and his activities.

“We live out here in the county and the city land butts up to ours,” Forte said. “The guy’s got cows down there and he’s also got about 18 junk cars sitting down there. It wouldn’t have been so bad if he’d have come and said something to us when he was looking at this land, but he never did.”

Like Guyton, however, Forte’s issues with the property are personal.

“One thing that really set me off…my wife is handicapped and I was out here one day – I got her a scooter to ride around on – and we were going to walk down the road like everybody else in the neighborhood does,” Forte said. “This big old car-hauling truck comes hauling up the road. So, I flagged the driver down and I said, ‘If you don’t mind, could you slow this thing down when you come through the neighborhood?’ She said, ‘This is slow,’ and floored it.”

According to Forte, the driver was Harris’ mother.

Forte noted that the previous owner of the property had horses and before bringing them onto the property he approached every neighbor to discuss his plans.

“Originally, this could have been handled a lot easier,” Bowline said. “But now that they haven’t done anything, the people over there are getting angry and they want to hold him accountable. This is a very nice little neighborhood, I think it’s a diverse neighborhood, and they have a simple request: just enforce the city’s ordinances. That’s all they’re asking. I can understand why they’re frustrated.”