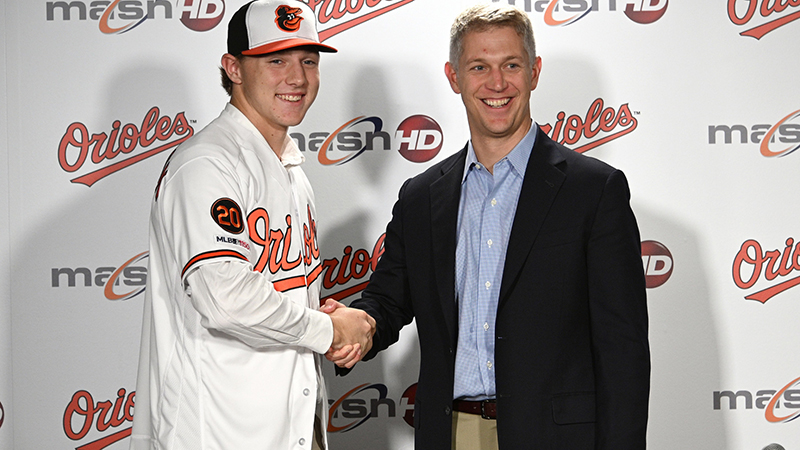 The Orioles moved Henderson, a Morgan Academy Prep All-American, to their alternate training site in Bowie, Maryland for developmental purposes.

Henderson, 19, said he’s excited about the move.  He’s the sixth-ranked Orioles’ prospect, according to MLB Pipeline. They project Henderson has a chance to hit for average and power.

“It means a lot to be here with upper level guys, but I wouldn’t be here without my Savior, Jesus Christ,” Henderson said.

The Orioles picked Henderson in the second round of the 2019 MLB Amateur Draft. He signed a contract that included a $2.3 million bonus, choosing pro baseball over playing baseball at Auburn.

Henderson was slated to play in the Orioles’ Farm System this season until MLB canceled the minor league season because of the coronavirus.

Without the COVID-19 pandemic, Henderson would’ve likely played at the Orioles’ Farm team in Aberdeen.

Henderson got off to a strong start as a pro, hitting  .259 with a homer and 11 RBI on the Orioles’ rookie squad last fall.

“He’s a tremendous athlete and reminds me a lot of Chipper Jones as a youngster,” MLB commentator Harold Reynol

The Selma Times-Journal baseball player of the year in 2019, Henderson was working out in Selma. He worked out four times a week at CrossFit and practiced on baseball fields five times a week.

Henderson said he appreciates the Orioles sending them to their practice facility.

“Just having this opportunity is very humbling and I’m truly grateful for the opportunity,” Henderson said.