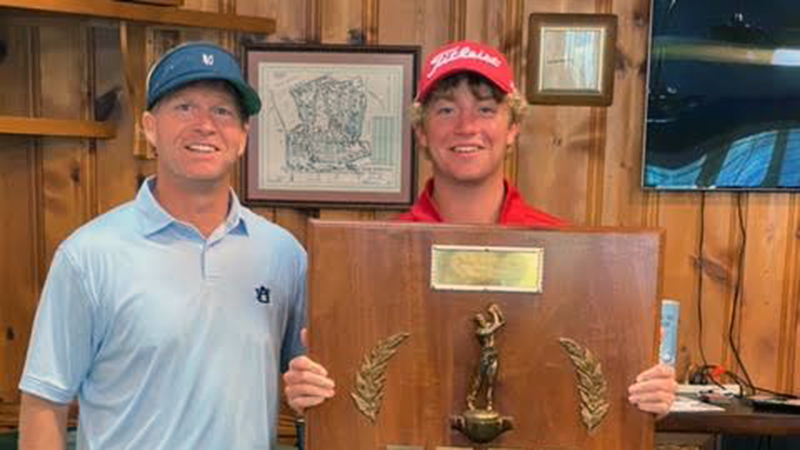 The senior shot a two-day total of 131 edging out Arrington Mooney by seven strokes. Free received a silver trophy for winning.

“It’s been a while and it felt great to win again,” Free said.

Classes began at Morgan Academy on Monday and Free’s victory came at the right time.

Caleb Morris won the third flight with a score of 145, edging out Tad Moore by three shots.

Beers and Harrelson won the team net with a score of 128, edging the brother duo of Andy Stewart and Jon Stewart by one shot.