Senate approves NDAA with ‘hundreds of millions’ for state 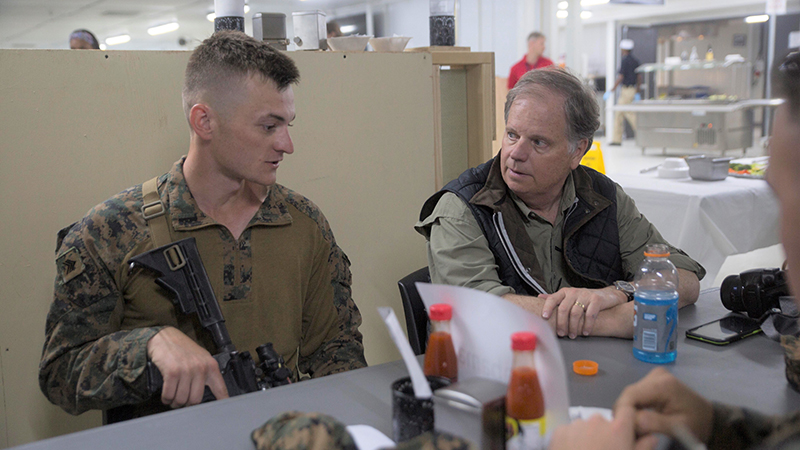 On Thursday, the U.S. Senate approved the annual National Defense Authorization Act (NDAAO), which authorizes funding for national defense priorities and this year includes hundreds of millions of dollars in funding for Alabama priorities, according to a press release from U.S. Sen. Doug Jones, D-AL, a member of the Senate Armed Services Committee.

The bill now heads to a conference committee, where lawmakers will work out differences between the Senate’s bill and the House-passed version.

“Alabama is on the frontlines of our national security efforts and this bipartisan legislation will ensure that the work being done across our state to defend our country can continue,” Jones said. “This bill will also provide our troops, once again, with a well-deserved pay raise and includes policy changes that will help us better serve military families. This annual bill is an example of how much we can accomplish on key priorities for our country when we work together and set aside politics.”

The NDAA includes a three-percent pay raise for service members for the second year in a row and includes provisions to improve the quality of life for military children and spouses, which Jones noted has a “direct impact on military readiness.”

The legislation also includes a provision from Jones to block fentanyl imports from countries like China and incentivize investments in American semiconductor manufacturing in order to bring jobs back from China.

Where Alabama’s defense infrastructure and industry is concerned, the Senate-approved NDAA includes $24 million for advanced electrical generation and storage facilities at Fort Rucker, $23 million for next generation fighter aircraft facilities at Maxwell Air Force Base in Montgomery, $18 million to construct a small arms parts demilitarization facility in Anniston, $10 million to help steel manufacturers in Birmingham meet future defense needs, $5 million to improve efficiency and readiness at the Army’s Aviation and Missile Center in Huntsville and $2 illion for the Aerospace Education Research and Innovation Center (AERIC) at Tuskegee University, as well as a $5 million increase over all for Historically Black Colleges and Universities (HBCUs).

In providing funding for the state’s contribution to national defense, the Senate bill provides nearly $350 million for an additional Terminal High Altitude Area Defense (THAAD) ballistic missile defense battery and $35 million for Long Range Anti-Ship Missiles (LRASM), parts for both are made in Troy; $10 million for research into lightweight power sources for Navy ships, some of which will be conducted at the University of Alabama; $10.5 million to build a high energy laser system lad to help with the Army’s weapons modernization program, headquartered at Redstone and more.

Additionally, the bill requires the U.S. Secretary of Defense to implement all applicable security and emergency response recommendations within 90 days to protect U.S. military installations, a provision that follows a call from Jones to increase base security after Enterprise native Joshua Watson was killed during a terrorist attack at Naval Air Station Pensacola last year and requires that each installation conduct or develop a plan to conduct regular emergency response training with first responders.

The bill also includes provisions to expand support and opportunity for minority service members, as well as provisions to support military families.