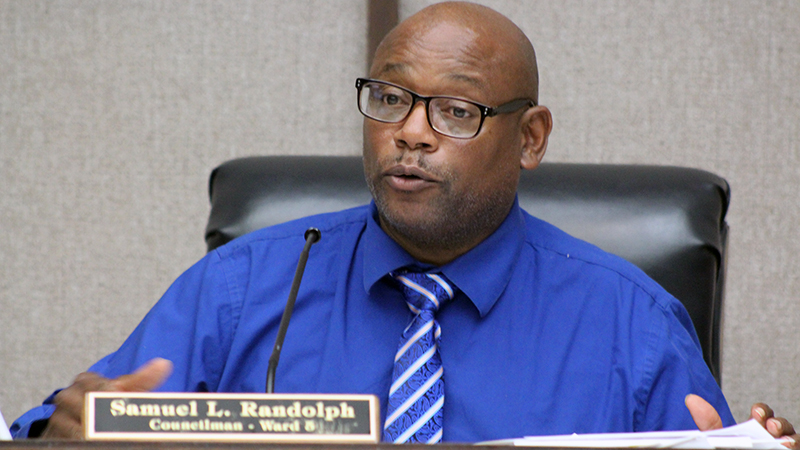 Ward 5 Selma City Councilman Sam Randolph, who was first elected in 2000, is setting his sights on another term in office.

“I think Selma is in a transitional period where we cannot do anything but become a better city,” Randolph said. “I want to be a part of that team to make Selma the great city it can be.”

“That’s probably going to be the number one issue,” Randolph said. “That could be a simple fix, because the process we have now is failing. We have too many people not paying for trash, so we have to take a different approach to help our citizens keep our city clean.”

Beyond that, Randolph, who has been an outspoken critic of current Selma Mayor Darrio Melton, said he would like to see state legislation passed to prohibit mayors from enacting mass layoffs without coming before the council and showing cause.

Additionally, Randolph said he would like to see state legislation preventing mayors from cutting off services to citizens, such as patching potholes and signing contracts.

“We need to take a different approach to stop any individual from destroying our city by not giving the citizens what they need,” Randolph said.

Randolph also noted that he’d like to see new means of helping local law enforcement, such as the installation of street cameras to provide an additional set of eyes for the understaffed Selma Police Department (SPD).

“If you’ve got cameras, that’s a deterrent because people know eyes are watching,” Randolph said. “We definitely need more visibility in our city.”

Further, Randolph would like to see more employees hired in the City of Selma Public Works Department and the minimum wage for city employees raised to $10 an hour.

“When you have a decent living, you will perform better,” Randolph said. “That’s one thing we need, a pay increase for all our workers.”

If a pay raise can’t be orchestrated, Randolph said the city should find some other way of raising city salaries, possibly by subsidizing personnel health insurance.

With four council members not seeking reelection, there will inevitably be a shakeup in the legislative body’s makeup, not to mention a new mayor, but Randolph is confident he can work with anyone who turns up victorious in the municipal election.

“It’s going to take a team effort,” Randolph said. “Whoever the next administration is going to be, the council and the mayor are going to have to work together to better our city. We have such great potential and I want to be there to help Selma reach its potential.”

Randolph will face one opponent in the Ward 5 contest, Nadine Sturdivant, but believes his years of experience will play in his favor in August.

“Citizens know what they’re getting with Sam Randolph,” he said. “I’m a truthful person, I’m honest, I believe in telling it like it is. I believe it will take a person with a can-do spirit to be a council member. You’ve got to be a person that’s accessible to the people – I think I’m a people-person and I do what needs to be done to make Ward 5 a better place.”

While Randolph admits that the next council will have a full plate, he’s confident the work will get done.

“We have issues that can be fixed if we have the right people in office,” Randolph said. “It’s just about doing what’s best for our city. There’s some tough decisions that are going to have to be made, so being able to make those decisions and live with yourself is going to be important.”