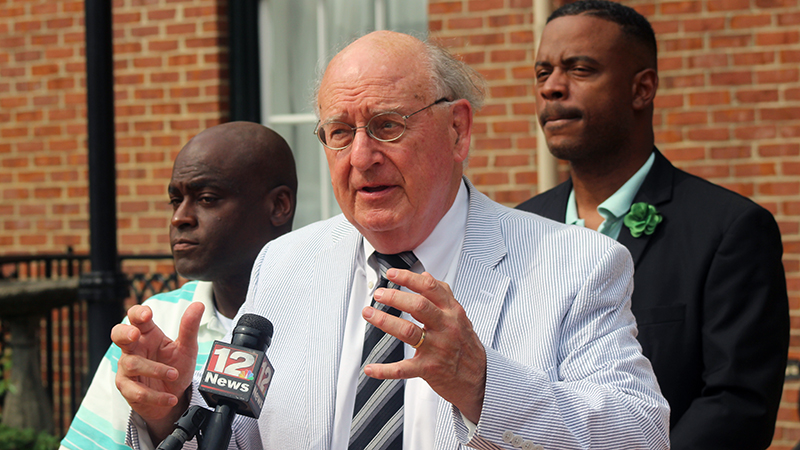 Montgomery attorney Julian McPhillips filed a motion seeking a hearing on his pending motions to dismiss the cases against three Selma Police Department (SPD) officers Thursday in the Circuit Court of Dallas County.

According to McPhillips, the case has been tied up since October following the Alabama Court of Criminal Appeals’ decision to remove Dallas County Circuit Court Judge Collins Pettaway, who previously rules in the officers’ favor, from the case.

McPhillips criticized the decision, which he said the court made because Pettaway “might have the appearance of a conflict,” but said Thursday’s motion was an effort to “get the trial back on track” and push for the pending motions to be heard in court.

“It’s been almost two years since these guys were charged with frivolous wrongdoing,” McPhillips said. “If we have to try it in front of a jury, we will. In fact, I can’t wait to tell a jury how badly these officers have been treated.”

For his part, McPhillips is confident that either of the other local Circuit Court judges, one of which will be selected to preside over the case, will rule in his favor.

“We’ll be okay with one of the other two judges,” McPhillips said. “We just don’t know which one is going to take it over.”

McPhillips noted that he has often been on the other side of the equation, defending those who have been harmed by police officers, but said the current case is one that has hurt more than just the officers at the center of the case.

“In this case, these guys are the victim,” McPhillips said. “It’s hurt Selma – there’s been times when these guys should have been witnesses and they weren’t there. We hate that this case go hijacked, but that’s exactly what happened.”

The cases against the three officers stem from an investigation into guns that went missing from the SPD.

The case was dismissed near the end of May 2019, partially due to the fact that Special Agent Susan Smith of the Alabama Attorney General’s office, lead investigator in the case, was allowed to be present during grand jury testimony and was seen taking notes of witness testimony before taking the stand herself.

The officers were indicted again two weeks later and McPhillips has continued to file motions to have the cases dismissed again.

McPhillips said both cases appear to be headed for mediation.