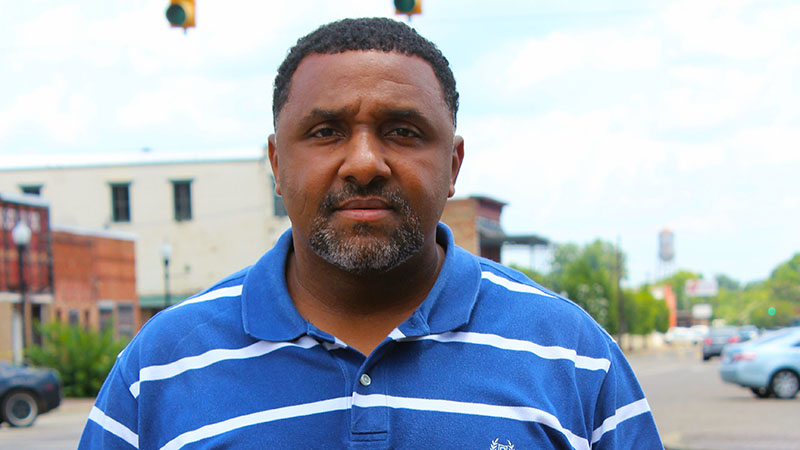 As voter across Dallas County were wandering into voting precincts Tuesday morning, Atkin Jemison was plotting his run for the Ward 6 seat on the Selma City Council.

Jemison, a lifelong resident of Ward 6 and 1989 graduate of Selma High School who currently works as an appraiser for the Dallas County Commission, boasts degrees from Wallace Community College-Selma (WCCS) in science, Concordia College in business management and Faulkner University for resource management.

“I started looking at our neighborhoods and putting a vision together and setting up some goals,” Jemison said of his decision to run. “I’ve just put myself in a position where I wanted to help our community and see it grow.”

Like most candidates jockeying for a seat on the council. Jemison pointed to familiar problems that need to be addressed across the city – littered roadsides, potholes, abandoned houses and overgrown lots – but turned an intense focus toward providing for Selma’s young people.

“We have to build and rebuild, design and redesign, and create opportunities for younger kids to have a future in Selma, Alabama,” Jemison said. “I was given an opportunity, so I want to give back the opportunity I’ve been given.”

Jemison said he would like to see more investment in the area’s children through new and expanded youth programs, activities that young people can be involved with as an alternative to crime, and a renovation of the city’s parks and park equipment.

Beyond that, Jemison said he wants to see Ward 6 return to its glory days as an economic engine for the city.

“Ward 6 has a lot to offer,” Jemison said. “It was once an economic force in the city. You had Good Samaritan Hospital, the candy shop, Bush Hog is still there, thank God, but you also had mom-and-pop stores, the building supply store, you had River Run and the sewing factory and the farmers co-op. We had businesses in that ward that have left and gone and nothing’s replaced them, so the economic force of that ward has dwindled. So, we need some creative minds to come in and replace those businesses with other things, that’s what I’m standing up for, for our ward to become an economic force for the city again.”

Jemison’s announcement adds to an already crowded field, as the council seat currently held be Selma City Councilman John Leashore already has three contenders, but he’s confident that his education, training and military experience will set him apart from the rest of the pack

“We need some younger leadership with strong, creative minds,” Jemison said. “I feel I fill that position because of my training, my schooling and my understanding of what people need in my community. If I don’t do anything, I’m hurting my people, so I have to make a full-fledged effort to help. I think my sole purpose in this world is to be a helper and that’s what I intend to be.”