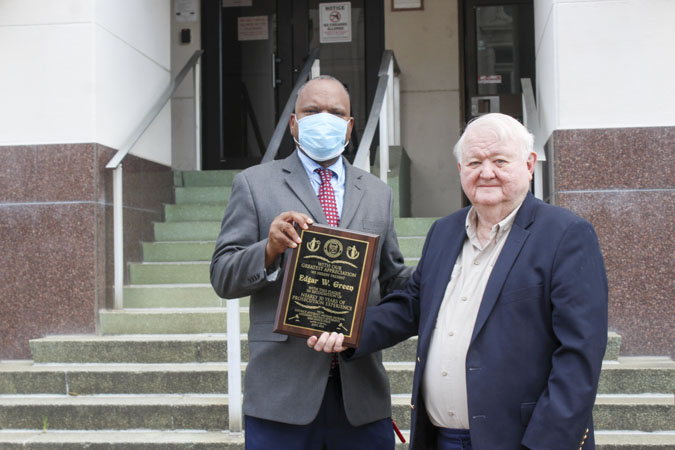 “It’s very nice of Michael to think of me,” Greene said. “I’m very proud to be recognized by the district attorney’s office.”

Most of Greene’s time has been spent in Dallas County, serving as attorney, district attorney and city prosecutor. Outside the courtroom, Greene’s roles included serving as President of the Selma Lions Club and Central Alabama Fair.

“Ed took a lot of criminals off the street and has done a lot for the community,” Jackson said. “He needed to be honored.”

Jackson credits a lot of his success to Greene, a Selma native. Jackson defeated Greene in 2004 to become Fourth Judicial District Attorney. Greene served nearly seven years as District Attorney until losing to Jackson. He and Dallas County Probate Judge Jimmy Nunn both were Assistant District Attorneys under Greene.

“When I was assistant district attorney, Ed trained me to become a trial attorney,” Jackson said. “I was fortunate to beat him. It was a tough race. We’ve always been friends.”

Greene, 78, received his history and law degrees from the University of Alabama during the 1960’s. He and Sandi Greene have two children and five grandchildren.