City of Orrville held Fireworks Show on Fourth of July 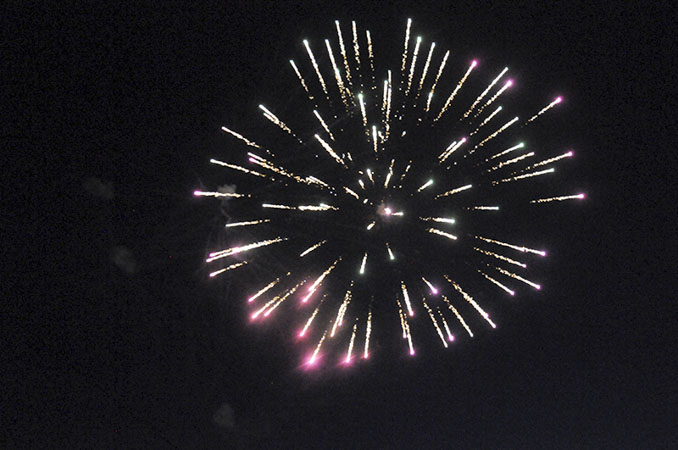 The City of Orrville held its fifth annual Fourth of July Fireworks celebration on Independence Day.

Several vehicles, ranging from Birmingham to Montgomery, piled up at the Orrville Community Center to watch the only fireworks show in Dallas County. Spectators were given masks, hand sanitizer and choice of water or soft drinks before the event began.

Orrville Mayor Louvenia Lumpkin said it was important to have the fireworks show despite the COVID-19 pandemic.

“It’s the Fourth of July and people want to see a firework show,” Lumpkin said. “People come from all over the state to see our fireworks show. We went the extra mile to make it safe for everyone.”

Orrville Councilman William Lumpkin, Lumpkin’s husband, said it was a big deal to have the fireworks show go on as scheduled.

“We had to put more effort into it and make sure people followed the rules,” William Lumpkin said. “People need something to do on the Fourth of July and they want to see the fireworks show.”