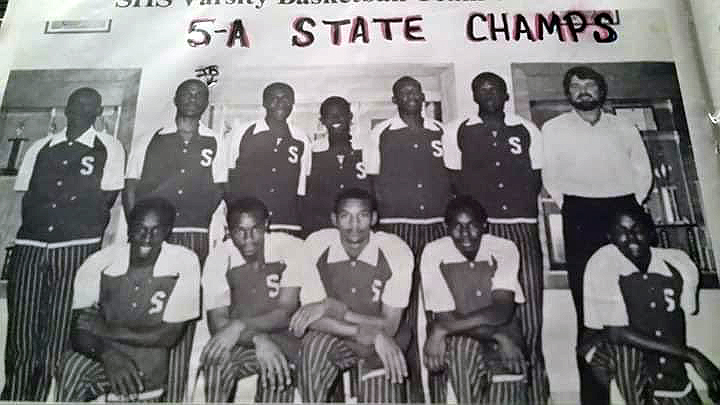 The Panthers won the school’s only state basketball championship during the 1984-85 season, capturing the Class 5A crown.

Three members of the squad are deceased: Stevens, Soles and Stallworth.

Stevens was the driving force behind Southside’s championship run and widely considered as the greatest basketball player in Dallas County. Stevens, who died on Dec. 3, 2018, was 5A player of the year in 1986. He signed with Auburn, but never played for the Tigers. He played at Troy and Lawson State Community College.

Tyre said Stevens’ talent and leadership made him a legend.

“Rodney was the best one-on-one player I ever saw,” Tyre said. “He can whip anybody one on one. He was a humble player who wanted to win. He was a leader on the floor. If you made a mistake, he didn’t beat you down over it. He always pumped you up.”

Rivers said he almost didn’t get a chance to play on the squad. He moved to Little Rock, Arkansas in 1983, but later returned and lived with his aunt in Selma.

“Coach Pugh found out I was back,” Rivers said. “I was in McDonald’s one day and I saw Tyre and Stevens there. They saw me with this Selma AAU t-shirt because I was scrimmaging with them. I was taking classes at Selma in the summer so I could graduate early. If I went to Selma, I wouldn’t have been able to play basketball. I ended up going back to Southside.”

Bonner has fond memories of the Panthers’ only state championship and was a senior co-captain.

“It was a wonderful experience, a total team effort led by our great teammate of late Rodney,” Bonner said. “We were a group of dedicated young men who had one goal in mind, to win a championship for our school, community and family.

“There are many who still remember our historic feat and appreciate what we accomplished. As a senior co-captain, it was a very special moment for me to be a part of this championship team.”

Pugh, who coached Morgan Academy to a state championship in 1978, later became the Athletic Director at Opelika High School. He went 177-32 in eight years for the Senators and 134-42 as the skipper at Southside.

Rivers said he remembered the team’s unity and togetherness.

“It was all for one and one for all,” Rivers said. “Southside High had a lot of great teams that could’ve beaten us on the court, but they didn’t have the heart and championship grit. We knew who Tyre and Stevens were, but they also knew who I was. We were all on the same level.”