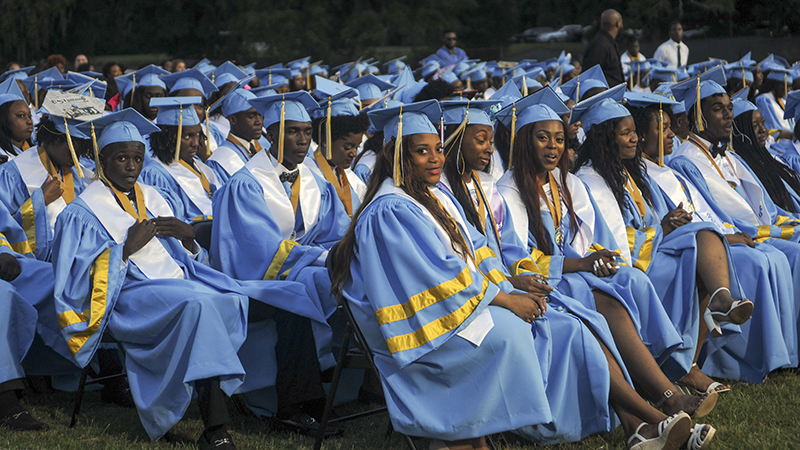 Selma High School will honor the Class of 2020 on Saturday, not with a traditional ceremony at Memorial Stadium, but with a graduation parade to keep students and parents safe from COVID-19.

The parade is scheduled to begin at 8 a.m. Saturday morning, leaving from Bloch Park and then proceeding down Dallas Avenue to Broad Street then turn right on First Avenue to Franklin Street.

Graduates and car passengers will then be directed to the front of Selma High School where students will exit their vehicles, one at a time, walk across the stage and receive their diplomas.

Parents and parade watchers will be able to view the students as the receive their diploma via a 90-inch screen as their names are called.

Parade watchers, asked to wear face coverings and gloves, will be able to watch the ceremony across Brad Street in front of the school.

Dr. Thomas Broughton, a physician in Munroe County, shared on a call that following a high school’s graduation, the county saw a mass spike in COVID -19 cases traced to a large party attended by the graduates after the ceremony.

Broughton said the graduates suffered only mild symptoms, but 15 parents and grandparents of the students were now hospitalized across Munroe County.

“I don’t think children have any idea how serious this really is,” he said.

Ashley Benjamin, a registered nurse who previously worked as a Selma City Schools Nurse expressed her concerns with the ceremony since Selma High is such a large school.

Benjamin said it wasn’t students that were at risk, but their parents and grandparents who could potentially be fatally impacted by the virus.

“I urge y’all to take caution,” she said.

Selma City Schools Superintendent Dr. Avis Williams stated that safety was the number one concern in hosting the ceremony and Selma High Principal Stoney Pritchett said it was important to recognize the Class 2020.

“I know it’s not traditional, but this is the plan,” said Pritchett. “We’re going to celebrate them and we’re going to have a good time and a nice graduation ceremony.”