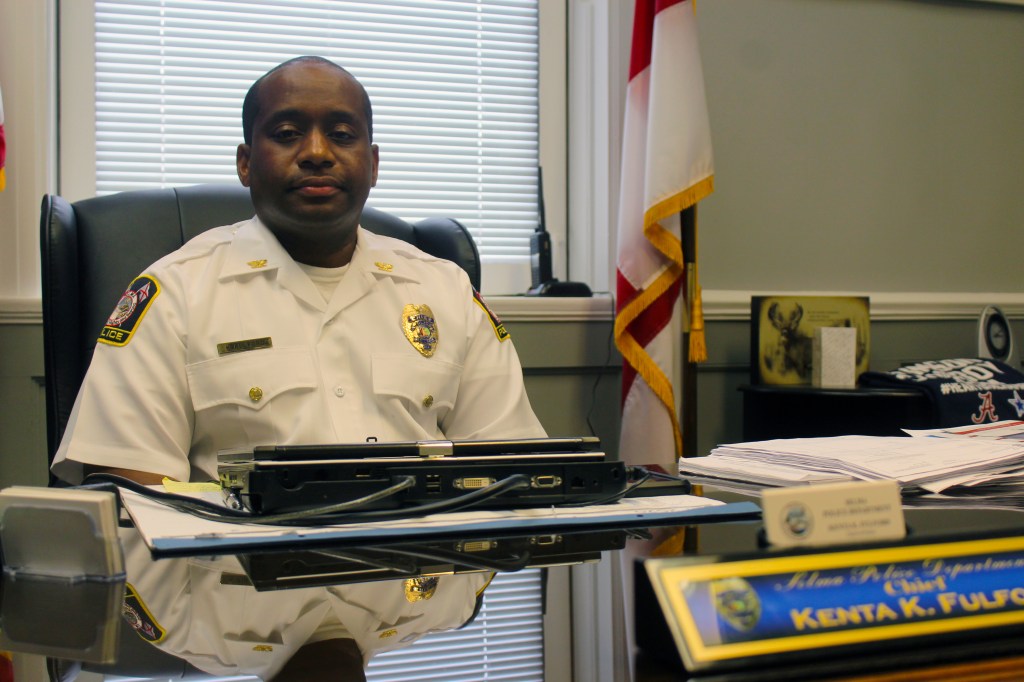 Amid outcries and protests for police departments across the country to make substantive reforms to better serve their communities, one of the focuses has been on “community policing” and programs that will both provide services to the community, beyond protection, and establish stronger ties between local law enforcement officers and the people
they serve.

In Selma, with Chief Kenta Fulford at the helm, the Selma Police Department (SPD) is already uniquely prepared to make those reforms become reality.

Just before taking the reins of the department in January, Fulford intimated his intention to put a laser-like focus on community policing in Selma by reactivating the department’s defunct bike patrol, as well as a mobile unit that was utilized under former Selma Mayor James Perkins, who is currently running to replace Selma Mayor Darrio Melton in the upcoming municipal elections.

Fulford has already sent officers to be certified for the bike patrol – currently, he and SPD Capt. Johnny King are the only officers certified at the department – which he sees as a powerful tool for building relationships in the community.

“We want the officers to be able to ride up to the porch, where the neighbors are, and have a conversation with them,” Fulford said. “What are their concerns? What would they like to see different as far as policing? What are they seeing in the neighborhood that they’d like to see changed? Do we need to focus on certain areas? What are some of the things that we need to look out for while we are patrolling? With the bike patrol, you can have that more personal touch versus in the car. That’s going to help tremendously, I think, as far as community policing and the police and public’s relationship.”

As Fulford envisions it, the department would utilize a recreational vehicle (RV) it has on hand, already equipped with a police radio and other features, to carry the departments bikes, as well as its bike patrol officers, to every ward in the city.

“Not only are they seeing our RV there, they’re seeing the police on the bicycles in their neighborhood,” Fulford said. “That way they know there’s a police presence there.”

Where the department’s mobile unit is concerned, the department still has the camper trailer it received from the Federal Emergency Management Agency (FEMA), utilized under the Perkins administration, where citizens could come and file police reports without having to go to the station, a move Fulford said would simultaneously make things easier for citizens and patrol officers.

“The public can see that there’s always an officer present in that area,” Fulford said.

But Fulford doesn’t only see the mobile unit as a place for citizens to file reports – when he first applied for the chief’s position, Fulford looked into a Texas police department that had launched a Healthy Homes program, which pooled community resources, such as washing machines and dryers, clothes, food items and more, to be distributed to residents in need.

Fulford would like to see Selma’s mobile unit offer similar services, along with basic social work and healthcare services.

“Those are some of the things I want us to be a part of,” Fulford said. “I want them to see us as an ally, not a foe.”

Beyond his goals of seeing the bike patrol and mobile unit operating, both of which require a substantial increase in manpower for the woefully-understaffed department of only 32 officers, Fulford noted that the department is already active in other community efforts.

The department’s Police Athletic League (PALS) program works with students in sixth grade through senior year and travels to Kentucky each year to give them exposure to other programs, other people and other experiences.

“It just gets them away from Selma so they see that there are things going on outside the City of Selma and give them something to strive for,” Fulford said.

Additionally, the department is part of the Boy Scouts Leadership program, which takes local students between the ages of 12 and 16 each year to Camp Tukabatchee, where they learn camping, swimming and other basic life skills.

“I want people to have a positive interaction with the police department and those are two of our main programs that we have going now that the community doesn’t really know about,” Fulford said, noting that he has revamped the department’s website to include new information about those programs and more. “It starts with our youth. We have to get them early because, if not, the streets will take them. We want them to know that they can come to us if they have a problem or if they just want to talk, it doesn’t matter if they have a problem or not. They can come to us, we’ll talk with them and we’ll be glad to reach out to them, talk to them, mentor them, whatever we need to do, because this is our community.”

While Fulford recognizes the “cultural issues” that have cropped up in police departments across the country, causing the tension currently seen on city streets, he leans on his 23 years in the military to guide the culture of the local department.

“It’s all about when someone applies to be a police officer, it starts there,” Fulford said. “We want to make sure that they understand that they are going to deal with people that don’t look like them. We want them to get the exposure of dealing with everyone. And when they get that exposure they can see and develop in their own mind how to deal with that. We all have struggles – my struggle might not be yours and yours might not be mine – and as we deal with people we see how people deal with life situations differently and we can take that experience and we can show empathy. Might not always be able to be sympathetic, but we can show empathy towards them.”

Fulford noted that, for the most part, the SPD enjoys a good relationship with the community, which he plans to build on with new community programs and a focus on “accountability, discipline and structure.”