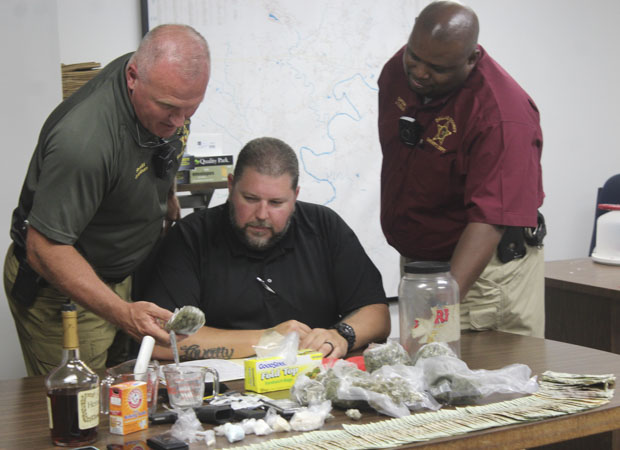 A Selma man and a Perry County juvenile were charged last weekend for drug trafficking.

Letavious Vernard Rayford, 26, and a 17-year-old female were arrested by the Dallas County Sheriff’s Office at the Comfort Inn hotel on the block of 1812 Highway 14 East.

Dallas County Sheriff Mike Granthum said Deputies Michael Kiser and Willie Calhoun were searching for another suspect at the hotel when they discovered drug trafficking.  Granthum said Calhoun discovered the suspect had marijuana in a jar. They found a female teenager in the suspect’s room and made the arrest.

Kiser and Calhoun discovered 74.83 grams of crack,10 ounces of marijuana, baking soda, cognac, measuring cups, a 9mm gun and almost $1,900 in cash in the hotel room.

“Since the COVID-19 pandemic hit in March, we’ve seen an uptick on drug charges,” Granthum said.