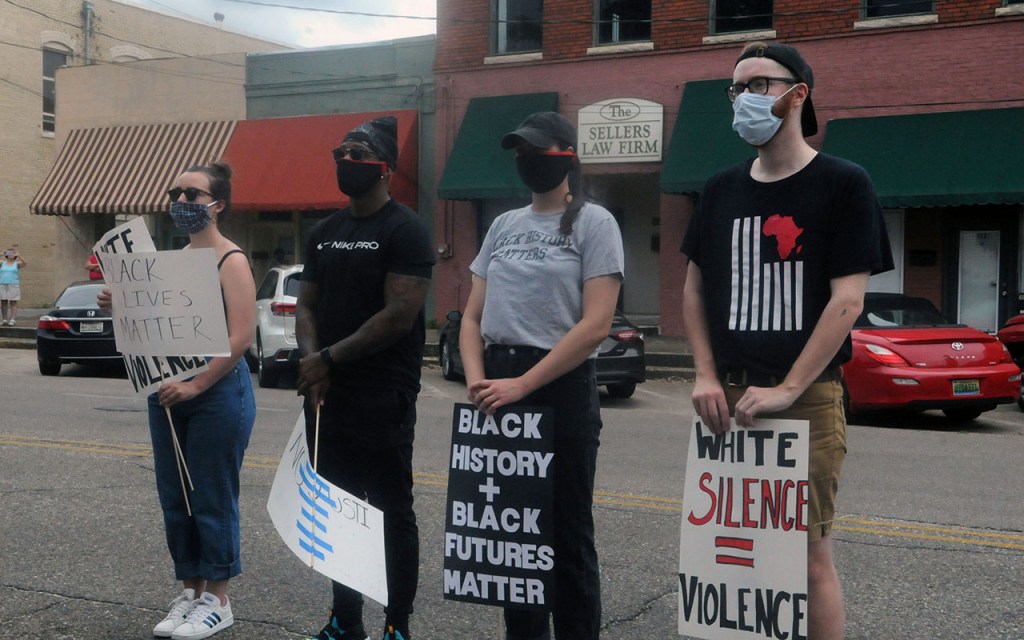 At a press conference held on the steps of the Dallas County Courthouse Wednesday afternoon, demonstrators used the recent killing of George Floyd to draw attention to what they said is the violence that takes place in Alabama and specifically in Selma.

Sanders also mentioned the homicides that have taken place in Selma in recent months.

“It is my understanding that, in the last two months, 10 black males have died from shootings,” Sanders said.

Elsewhere in the conference, Rev. Michael Bowen grieved that he and others are no longer allowed to visit the Dallas County Jail in order to minister to inmates.

The Dallas County Jail has not allowed any visitors since the COVID-19 Outbreak began in the middle of March.

“Parents have called us and told us that they are scared for their children at the Dallas County Jail,” he said.

“There’s a rumor going around that Dallas County Jail has COVID-19 cases, that’s not true,” Granthum said. “As of noon Wednesday, we have no COVID-19 cases. When inmates go to jail, they are quarantined for 14 days. It bothers me when rumors get put out there.”

Granthum praised the residents behaving peacefully during the protest.

“Do I agree with everything that was said? Of course not,” Granthum said. “But I’m proud of the way Selma and Dallas County run a protest. News media like CNN and NBC Should be here to watch how its done. The officer is 100 percent wrong in the Floyd case. An officer is not trained to do that. By looting and stealing, you take away the purpose of the protest. That’s not fair to Floyd and his family.”

Selma resident Myron Brown said he was proud of the diverse group that attended Tuesday.

“This is something in the making,” Brown said. “Selma is part of the Civil Rights movement and we should be the first to speak out.”