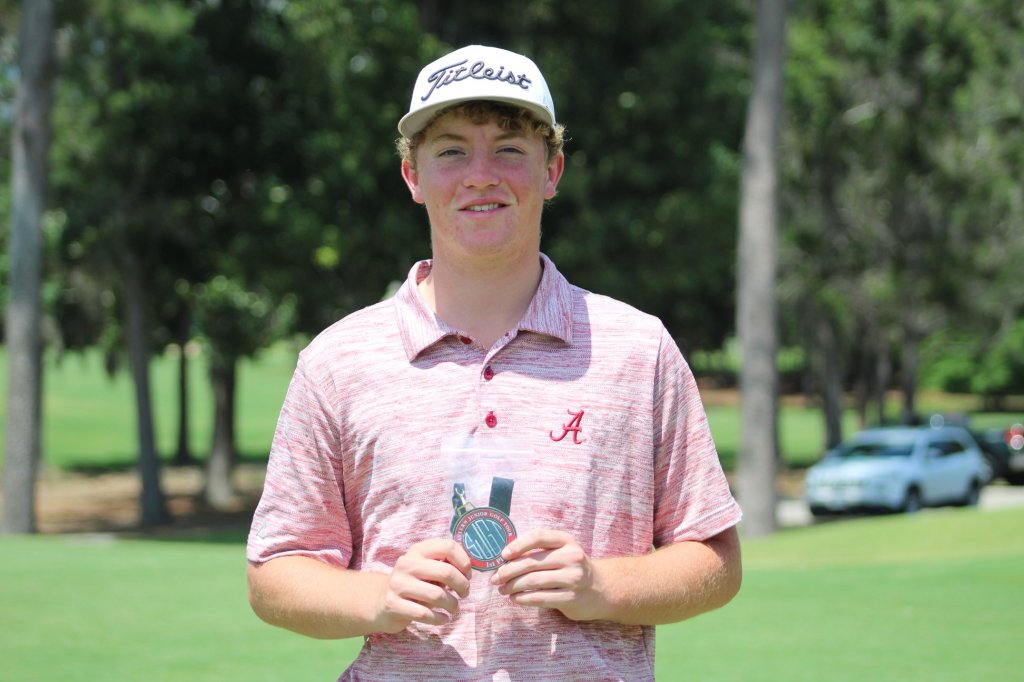 Free won his age group at the Southeastern Junior Golf Tour’s Wynlakes Shootout that was played May 27-28 at the Wynlakes Golf and Country Club in Montgomery.

Free defeated Drew Wilson of Potts Camp, Mississippi by one shot to win the 16-19 year-old age group. Free shot 1-over-par for a two-day total of 145.

The future University of Alabama golfer said he was thrilled to win.

“It felt great to win my first tournament this year,” Free said. “I had 17 greens, but I was disappointed in my putting. I had 37 putts on the first day.”

The COVID-19 pandemic forced the cancellations  of several amateur golf tournaments during the spring, some that Free was scheduled to compete in.

When Gov. Kay Ivey ordered the closing of schools K-12 statewide and the AISA cancelling spring sports,  Morgan Academy was denied a chance to win a third straight AISA state golf championship under coach Will Pearce. He was low medalist last year.

“Not playing golf was devastating,” Free said. “We had one of our best golf teams at Morgan Academy.”

“I was never off, I still practiced while we were quarantined,” Free said.

“I’m excited about the summer, I’m playing the best golf I ever played,” Free said.