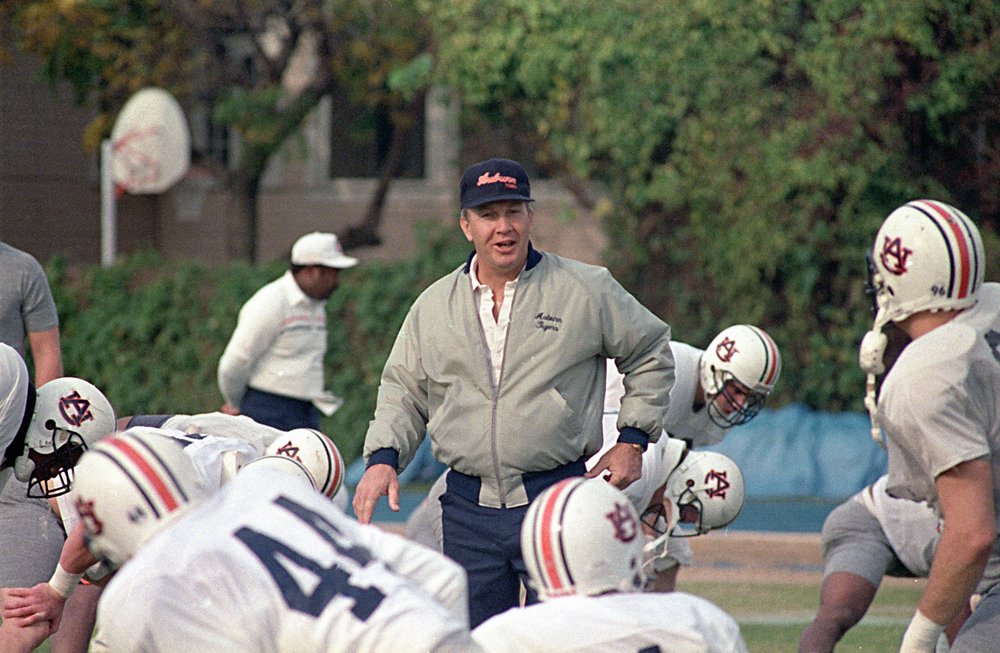 One of the greatest football coaches in Auburn University history died Monday.

Pat Dye died Monday at the age of 80.

According to Lee County Coroner Bill Harris,  Dye died at a hospice care facility in Auburn from complications of kidney and liver failure. He also tested positive for COVID-19 pandemic.

One of the biggest acccomplishes Dye made was bringing the Iron Bowl to Jordan-Hare Stadium, starting in 1989. Auburn won 30-20 and shared the SEC title with Alabama and Tennessee.

Dye is survived by his four children, Pat Jr., Missy, Brett and Wanda, and nine grandchildren and his partner of 18 years, Nancy McDonald.

“On behalf of our family, I want to thank all of the people from around the country who have offered their support and admiration for Dad these past several days,” Pat  Dye Jr. said in a release. “Dad would be honored and humbled to know about this overwhelming outreach. The world has lost a pretty good football coach and a great man. He was beloved, he touched so many lives and he will be missed by many, especially our family.

Auburn named its field Pat Dye Field at Jordan-Hare Stadium in 2005 to honor him.

Other Auburn officials sent out condolences to the Dye family.

“For four decades, Coach Dye showed all of us what it looks like to be an Auburn person,” Tigers Athletic Director Allen Greene said. “His coaching exploits are well known, securing his induction into the College Football Hall of Fame. His skills as an administrator were equally formidable, resulting most notably in bringing the Iron Bowl to Jordan-Hare Stadium. It’s been a blessing to get to know Coach Dye in his retirement years in his role as a passionate supporter of all of Auburn Athletics.”

“Coach Dye was much more than a hall of fame coach and administrator at Auburn,” Malzahn said. “He was an Auburn leader and visionary. He not only returned the football program back to national prominence during his tenure, but was a key figure in bringing the Iron Bowl to Auburn and made an impact on the university and in the community.

“He embodied what Auburn is about: hard work, toughness and a blue collar mentality. Coach Dye’s impact on Auburn is endless and will stand the test of time.

“I am saddened to hear of the passing of Coach Pat Dye  — a great man, coach and member of the Auburn family. Not only was he a phenomenal football coach, but an even better person,” Ivey said. “For years, I have known Pat personally and have always valued his friendship and colorful commentary.”

“He had great takes on both football and life. Coach Dye truly embodied the Auburn spirit. He will be missed not only by the Auburn family, but the entire state of Alabama. War Eagle, Coach. Your life and legacy lives on.”