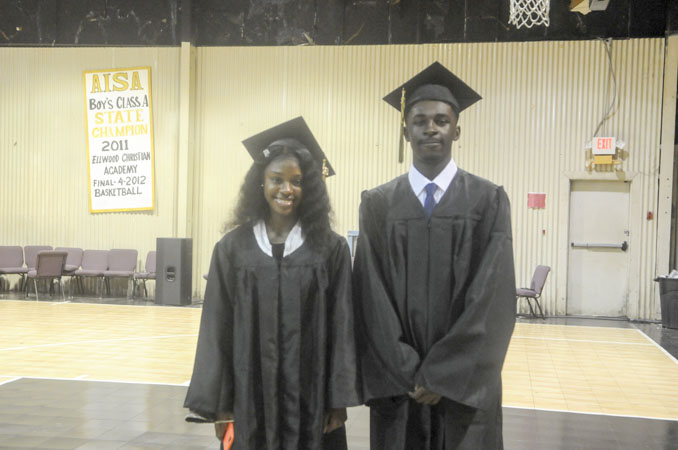 Ellwood Christian Academy provided an element of surprise at its graduation ceremony on Thursday night.

Shockwaves went through the bodies of Malachi Walker and Domeria Pratt when they were announced as the Class Valedictorian and Salutatorian minutes before the ceremony began.

“It’s an honor being named the top student,” Walker said. “I worked hard and studied hard to get to this point.”

Pratt, who was among the last seniors to arrive, expressed surprised at being named the second-best senior.

“It feels good,” Pratt said. “Being the salutatorian showed that my hard work, studying and paying attention in class paid off.”

Walker and Pratt were among the top athletes in Dallas County. Walker was a track standout at ECA and won several individual titles. Pratt finished her final two prep seasons on The Selma Times-Journal All Dallas County girls basketball team.

Walker said he plans to pursue a track career in college, with Ripon College as a possible destination.

Pratt, who finished with 3.4 GPA, said her goal is to have a career in the Coast Guard.