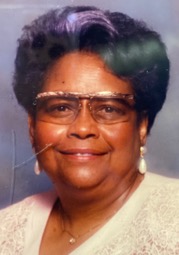 Hallie Marie Adams Perry, the only child of Mr. and Mrs. Arnold J. (Mattie) Adams was born on August 6, 1941 in Selma. She was raised and educated in the public schools of Selma. She graduated from R. B. Hudson High School in 1959. She enrolled in Knoxville College, Knoxville, Tennessee where she was actively engaged in college affairs, becoming the President of Gamma Eta Chapter of Alpha Kappa Alpha Sorority, Inc.  She received her bachelor’s degree in 1963. She received her master’s degree in Library Science from the University of Illinois at Urbana-Champaign, Illinois.

Hallie’s strong faith and spiritual guidance were nurtured by her membership in the following churches as she journeyed through life: Northern Heights Presbyterian, Ebenezer Baptist Church, Selma, Beulah Baptist Church, Montgomery, Alabama and Historic Brown Chapel AME Church which she joined in l985 and remained faithful until her health failed.

In 1965, Hallie married Mr. Algie Lee Jordan, Jr. and to this union one child was born, Adam Fitzgerald Jordan. In 1985 she married Mr. Robert J. Perry.  She was a golden and life member of Alpha Kappa Alpha Sorority, Inc., an active member of the Knoxville Alumni Association, and past president of the M. J. Moore Missionary Society of Brown Chapel AME Church.

Hallie moved to her heavenly home Friday, May 8, 2020. She was predeceased by her parents: Mr. and Mrs. Arnold J. (Mattie) Adams and her husband, Mr. Robert J. Perry.